2020 may not have given produced as many memorable races as we've been accustomed to, but that didn't stop GRC harriers from making the most of their limited opportunities! Nor did it stop coach Jerry Alexander from handing out annual awards at the winter meeting held over Zoom on January 13, 2021. 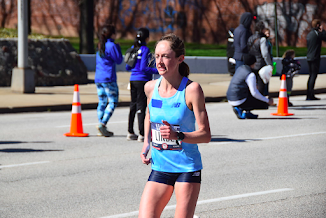 Maura Knestout finished an excellent 108th place at the Olympic Trials Marathon in a PR of 2:44:13 on the savagely hilly course in Atlanta. The Trials was only Maura's second serious attempt at the marathon, and an injury limited her preparation to a six-week training cycle, making it clear that she has only begun to scratch the surface of her capability. While Maura did not race in the fall, she showed her dedication to the team by expertly pacing a series of time trials on the track which helped several of her teammates run big PRs. 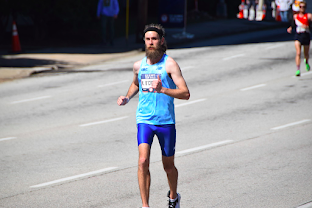 Kieran O'Connor made his one race of 2020 count, finishing an outstanding 86th place in the Olympic Trials Marathon. Kieran was in truly superb shape going into the race, and while the brutal hills took their toll, he ran hard all the way to the tape, passing 20 guys on the final loop. Kieran picks his spots, and the next time he emerges from hibernation will be to take his shot at qualifying for the 2024 Trials. Whatever the standard is, Kieran will be ready to hit it. 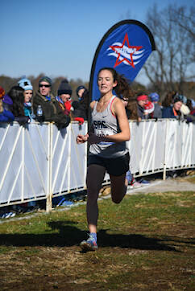 Meghan Grimes made a successful transition from the club team at Georgetown to GRC, and in her three races in a GRC singlet she showed that she will be a major factor for our middle distance crew going forward. The highlight of Meghan's covid-shortened season was her 2:15.59 800 for our B team DMR at the Millrose Games, which was the fifth fastest split in a highly competitive field. Meghan was ready for a major breakthrough outdoors, and she'll pick up where she left off once the racing starts again. 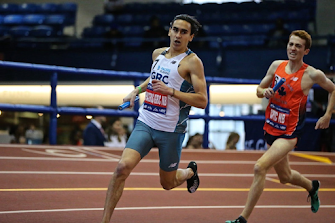 Elias Graca had an indoor season for the record books. Elias's best performance was at the Millrose Games where he led off our DMR in an outstanding 3:00.93 for 1200, which was a key factor in our club record time of 9:57.67. Elias also set a new club record in the 800, running 1:52.91, and his 4:16.67 mile was the fifth fastest in club history. For good measure, Elias ran 4:16.2 in a road mile over the summer, which is fifth on the all-time list. Elias focused on the 800 during his stellar career at Penn, and he will continue to explore his tremendous potential in the 1500/mile when the racing starts back up. 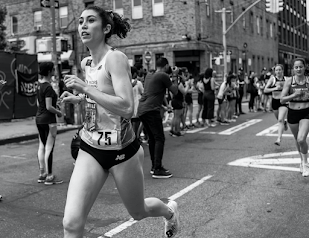 Alex Morris has been a huge part of the success of our women's middle distance group. In 2018 Alex set the still-standing club record in the 800, running an outstanding 2:08.87. Alex ran the 400 leg on our DMR that won the Millrose Games in 2017, and when healthy she continues to be our first choice for the 400 leg. Alex has expanded her range, as demonstrated by her 2:59.33 1000, which is the second fastest in club history, and she ran am impressive 4:34.87 1500 in her second attempt at the distance. Alex is a fitting recipient of this award because she shares Nina's passion for public service and fighting for the rights of the less fortunate. 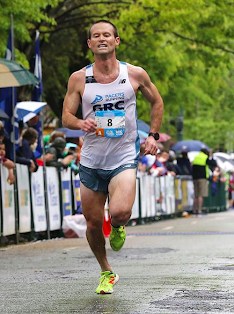 Sean Barrett has been one of the most consistent and reliable athletes in GRC history. His range extends from 3000 on the track, in which he has run the fifth fastest time in GRC history, to the marathon. While Sean has not yet accomplished his goal of winning Marine Corps, he's been in the mix several times, including finishing 4th in 2019, 8th in 2011, and 10th in 2016. Sean is also an excellent cross country runner who has twice represented the United States in the World Military XC championship. In his nine years with GRC, Sean has been deployed to combat zones several times, and he has earned two Bronze Stars for his service. Sean always found a way to train while deployed, and never used those extremely difficult circumstances as an excuse to lose fitness. Sean's toughness, resilience, and tenacity have been an ongoing inspiration to his teammates.
Posted by Kyle Wagener at 2:25 PM 2 comments: