Is anyone interested in a shop run tomorrow at 9? I'm planning to go long - but we can work out a common distance.
Posted by DM at 5:08 PM 1 comment: 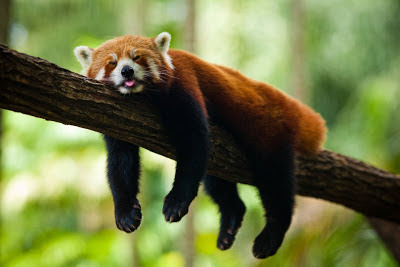 UPDATE: Rusty has been recovered!

To those who might be running through or around Rock Creek Park this afternoon, please keep a look out for Rusty the Red Panda who went missing sometime last night or early this morning.

Reports indicate he might be hiding in a tree. A series of tweets from @NationalZoo provide guidance in case one goes looking for, or sees, Rusty.


Please help us keep an eye out for Rusty. Remember: are wild animals, & will bite if cornered or scared.


Red typically spend the warm daytime hours resting, so it’s likely Rusty is somewhere in or near the Zoo hiding in a tree. 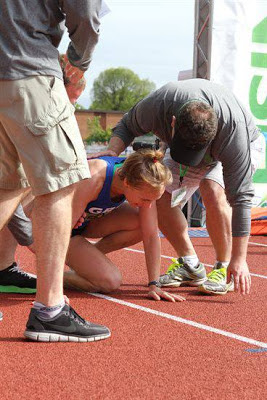 I stole this from Brian Young's FB feed...

Sent and spent. The Race Director and Medical Director of the Eugene Marathon rush to the aid of Elizabeth Young after an all out performance.

Sunday at The Line

I'm likely only running 10 miles, but might add on a couple of extra miles around the fields after if I'm feeling up for it.
Posted by KLIM at 1:41 PM 2 comments: 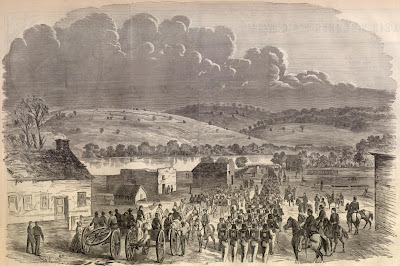 Dickson and I are meeting tomorrow at Edward's Ferry at 9:00am for what I call the "Large Animal Loop," because you run past NIH's large animal research center.

We'll run the first 8 miles of the "Duel Ferries" loop, which is 100% on natural terrain, before turning off and traversing a 6+ mile section that rolls up and down over the streets of Poolesville. It's about 14.5 miles, but we might add on after if needed.

As most of you know, Edward's Ferry is a hike, so if there is considerable interest we could meet at the Starbucks parking lot (where we usually go post-run) to carpool the remaining distance.


Congratulations to everyone who worked so hard to make the Fathers Day 8k an unqualified success.  There's plenty of credit to go around, but special thanks go to our dedicated and tireless Board, Patrick, Sam, Charlie, LTO, and Maura, without whom the race would not have come off as seamlessly as it did.  Others too numerous to name also played a major part in the race.  It's a really special event, and thanks to the tremendous team effort, it gets better every year.

On the running front, Witty gets special commendation for not only defending his title, but doing so on a night when he struggled mightily with the heat.  As Witty said so eloquently in Dickson's article on the race, which I encourage you all to read, Fathers Day holds great significance for him, and he was not going to let the heat stand in his way.  That Witty was able to run 25:47 on a slow surface after stopping twice to due to heat illness shows just how fit he is at the end of his very long and successful spring season.  We'll be seeing more from that young man in the future.  Avril also deserves credit for a very solid performance.  8k is at the high end of Avril's range, but she hung tough despite the difficult conditions.  When Avril gets on the track in a couple of weeks at her preferred distance, we're going to get a full demonstration of just how far she's come this season, as the guys who have tried to avoid getting dropped by her in recent workouts can attest.

Last but most definitely not least, Meghan had a major breakthrough this weekend at the New Balance High School Nationals, where she ran PRs of 5:00.1 for the mile and 10:53 for 2 miles.  Meghan's tactics in both races were perfect, and she is getting better every week. When Meghan runs the World Youth Trials in 2 weeks, we will be looking at another big PR.  Well done!

If you have not updated your bio, please do so.

My sources report that the men's weekend group runs have not been well-attended recently.  The more of you who can meet up for runs on the weekends, the better, so remember to read the blog on Fridays to check the plan for the long run, and if you can join in, please do so.

As more of you return to training, it's a good time to think about a low key summer race or two.  Our friends at Pacers have invited us to run against them in the team competition at the Crystal Twilight 5k on July 27.  There is team prize $$ to be won, and we will be able to get some comp entries, so I'd like to get a crew together.  Let me know if you're interested in running.

We'll be at BCC on Wednesday for a 7:15 start, so meet for the warmup at 6:30.  I expect a relatively large turnout, including several of you who will be running your first workout in several weeks.  If you plan to come out, please let me know, and I'll put together a plan that will allow us to keep as many of you together as possible, while we keep the workout relaxed.  See you Wednesday.

Defending champs and free cupcakes all promise to return at 6:30 p.m. June 16 for the fourth annual Father’s Day 8K, which also offers a Kid’s Kilometer Fun Run.
Held on a flat-and-fast, out-and-back course on the C&O Canal Towpath in Georgetown, the GRC Racing Team-produced event has a tradition of providing families with the perfect outing to cap the holiday. The event is perfectly timed with Men’s Health Week, part of a month-long campaign to heighten the awareness of preventable health problems and encourage early detection and treatment of disease among men and women.
“We’re excited to host another Father’s Day 8K on Sunday,” Race Director Patrick Murphy said.  “The event has really developed into a family-friendly evening in Georgetown with fathers racing the 8K with their sons and daughters, kids running the Kid’s Kilometer, and everyone celebrating with a well-deserved Georgetown Cupcake at the finish.”
Most of the racing team’s members volunteer for the Father’s Day 8K rather than race. The event is GRC’s chief fundraiser, ultimately allowing members a modest stipend to travel to professional competitions and national championships to represent the team and regional running scene.
All participants will receive a technical race shirt. Awards will be presented at a post-race happy hour at Chadwick’s to the top three men and women, the top men and women in each 10-year age group, and to the top Father-Son and Father-Daughter teams.
Claire Hallissey, a U.K. native who has lived in Arlington, VA since 2010, will return to defend her title. Hallissey won last year in 27:14 en route to representing Britain in the London Olympics marathon, where she finished 57th in a time of 2:35:39. She recently won the Lawyer’s Have Heart 10K in the District.
Hallissey will be challenged by GRC’s Avril Ogrodnick, making her Father‘s Day 8K debut. Native to the Canadian province of Alberta, Ogrodnick was the three-time high school Canadian champion in the 1500 and placed second in the US National Scholastic Indoor Championships. She later excelled at Georgetown University, and now works in the International Health Division at Abt. Associates Inc. Her personal bests are 2:08.4 for 800, 2:48.23 for 1000, 4:19.24 for 1,500 and 4:48.43 for the mile.
Ryan Witters, who won last year’s Father’s Day 8K in 25:20, is coming off another solid spring track season during which he lowered his 5K personal best to 14:31. A 2011 graduate of the University of Evansville, Witters now works as a consultant for the LitCon Group. His personal bests include 1:54.3 for 800, 3:53.6 for 1500, and 31:17 for 10K.
I’m looking forward to another great event on Sunday,” said GRC Racing Team Coach Jerry Alexander. “It’s a low-key but competitive event in a beautiful setting, and it’s always a fun night for everyone.”
The race will start and finish on the canal towpath in Georgetown at Potomac and Grace Streets, NW and the turnaround is near Fletcher’s Boathouse. Water will be available at the midway point.
After the race, participants will be able to enjoy refreshments from our featured sponsors, cupcakes provided by Georgetown Cupcakes, and meet with representatives of the Men’s Health Week Campaign. And after the post-race celebration and awards ceremony, all participants are invited to a happy hour at Chadwicks (3205 K Street NW, D.C) for beer and appetizer specials.
2013 Fathers Day 8K Sponsors:
•    Georgetown Running Company
•    National Men’s Health Week
•    Georgetown Cupcake
•    Chadwick’s
•    D.C. Foot and Ankle
•    Battley Harley-Davidson Motorcycles
•    Thomas Sweet

To register – and for more about information – go to www.fathersday8k.com. On race day, registration will held at the Georgetown Running Company (3401 M Street NW, D.C.) from 2-4 p.m., and at the start/finish at Potomac and Grace Streets from 5-6:15 p.m.

To enter the father-son and father-daughter competition, e-mail fathersday8k@gmail.com.
Posted by P Murph at 2:01 PM No comments:

Anyone up for at least 12 miles Sunday morning at Greenbelt Park, with some brunch at Plato's to follow? 9 am? Comment if you're interested and how far you'd like to run
Posted by Charlie Ban at 3:13 PM 2 comments: