It was all about 5,000 meters this weekend, as we had several noteworthy performances at that distance in various locales. The race of the weekend was Phil's excellent 14:28.9 at Raleigh Relays, which puts him 4th on the all-time GRC list. Phil's tactics were perfect--he ran a huge negative split, and was in contention to win his heat with 800 to go. Phil is in superb shape, and with some race sharpness, he will take a real shot at the club records in the 5,000 and 10,000 later this spring. In Richmond, Cabell made his GRC track debut with a very promising 14:54.7, which is only 5 seconds off his PR. Cabell has tremendous room to grow, and we're going to see great things from him this spring, and beyond. On the other side of the country, Sean Barrett ran a very strong 15:03 on the roads in Carlsbad, CA, which was unquestionably his best race in the last year. Sean's demanding work schedule will limit his options, but he's going to put his fitness to good use on the few occasions when he can race in the coming weeks. At the Maryland Invitational, Balmer and Stewart ran 15:36.7 and 15:37.3, respectively, which is a solid PR for Stewart. Both Paul and Stewart would have run a good bit faster if not for challenging conditions, and we're going to see much more from both of them this spring. The conditions in Raleigh on Friday morning were beyond challenging, they were downright horrible, and those conditions put a damper, literally and figuratively, on Tina and Dickson's races. They both battled through the cold, wind, and rain, but there was simply no chance of running fast under those circumstances. Both Tina and Dickson will enjoy their literal and figurative day in the sun this season, and after the ordeal they endured on Friday, their inevitable 5k PRs will be that much sweeter.

We're back at BCC this week for our normal 7:15 start, so meet for the warmup at 6:30. While the BCC schedule currently shows that we will be able to use the track every Wednesday in April, that could change, so be sure to pay close attention to the emails for practice times and locations.

I'll send the women's workout separately. I'll see you out there on Wednesday. Jerry
Posted by Coach Jerry at 11:29 AM No comments: 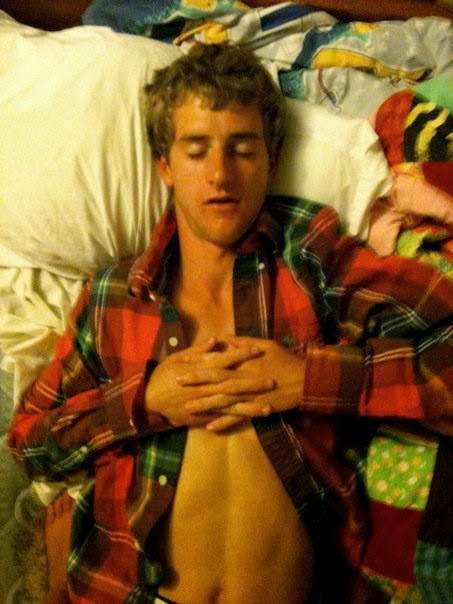 Royer, seen here NOT running, but sleeping, ran the 4th fastest 5,000m time ever for the GRC. 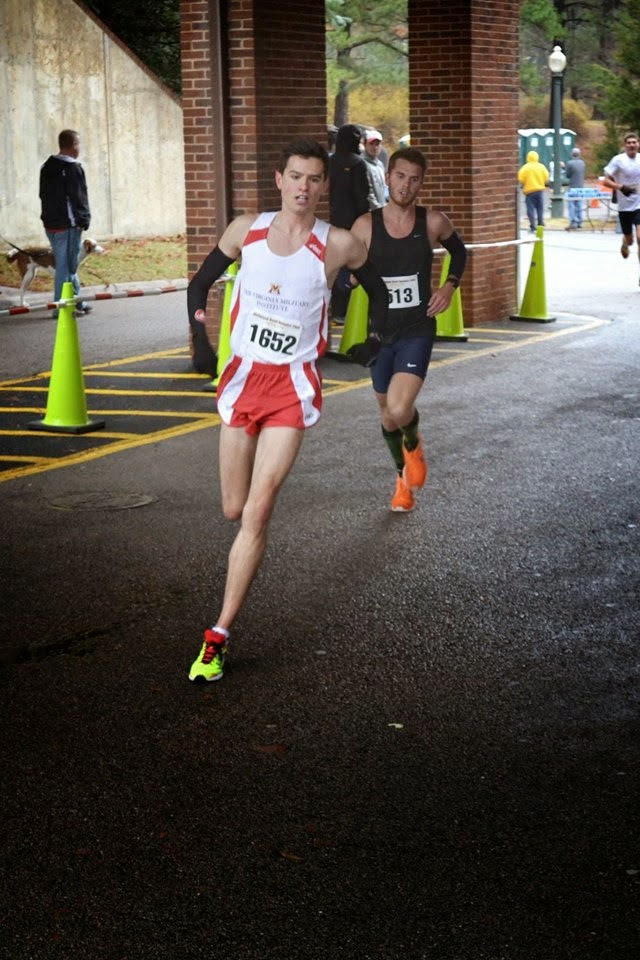 Our long-limbed lad Cabell ran 14:54 this afternoon at the Fred Hardy Invitational at the University of Richmond. In running less than five seconds off his PR for second place, he also outclassed two former VMI teammates. 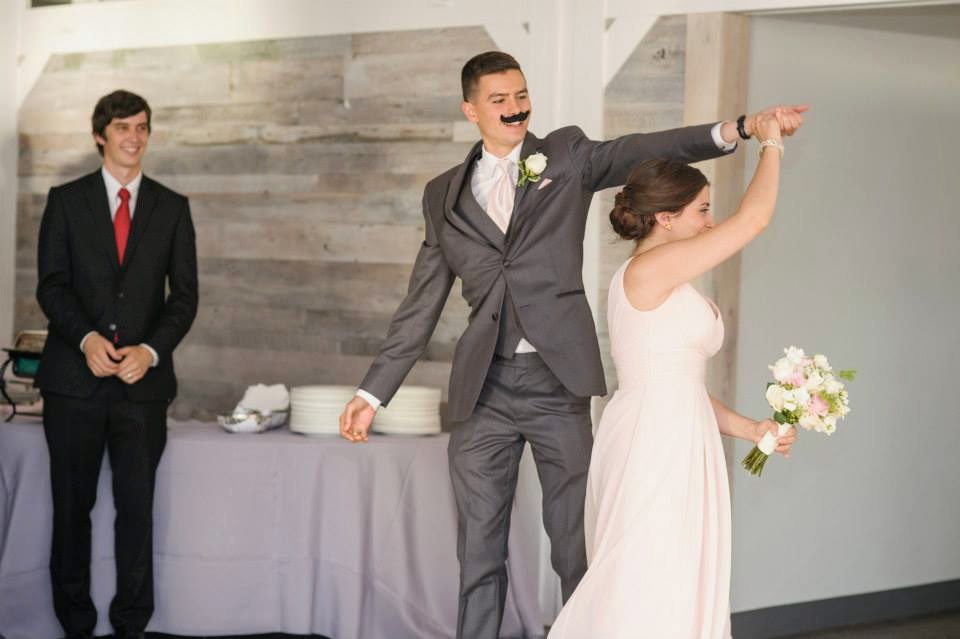 Willis, seen here wearing an idiotic fake mustache, debuted with GRC with a second place finish at the St. Pat's 5k earlier this month. Maybe someday he'll get around to winning a race for us.
Posted by Charlie Ban at 6:39 PM 1 comment:

We had some strong performances at 5 miles this weekend. At Van Metre, Shauneen continued her impressive return to fitness with a 29:38 on a course that is most likely long by about 100 meters. Whatever the actual race distance, Shauneen and a professional Ethiopian were separated by mere inches at the finish, with Shanuneen crossing the line in front. In their wisdom, the race officials awarded first place to the other runner based on a faster chip time, but that dubious decision does not diminish the fact that Shauneen broke the tape against very strong competition. As Shauneen continues her progress, we're going to see her running to victory on a regular basis. On the men's side, Outlaw ran a very controlled 25:45 for second, followed by Klim in 25:55 for third. Pat Kuhlmann, who is easing back into racing following his outstanding performance in the full at Houston in January, was fourth in 27:22, followed by Zak in fifth in 27:45. In Virginia Beach, Matt Rand ran a solo 25:31.

We're at American University this week, and we need to get going at 6:50, so that we can finish the workout before it gets dark (for those of you who have never had the pleasure, AU has no lights, and the campus police will kick us off once it gets dark). Those taking the metro can meet up at Charlie's house and stash your stuff. Plan to meet by 6, and the procession will roll by 6:10. For those who are driving to AU, meet for the warm up at 6:05 at the gazebo on the side of the track.

I'll see you at American on Wednesday.

Posted by Coach Jerry at 4:51 PM No comments:

Runner's World cited our own Patrick Kuhlmann in this article as one of the best masters runners of the year for 2014. Among other notable performances last year, Kuhlmann ran 1:11:33 at the RNR DC Half Marathon and 1:12:18 in Philly. Coach Jerry has gone on record to predict that Kuhlmann will be in the top three for his age group nationally in 2015. Runner's World paints a flattering picture of the D.C. Master's running scene by ranking Philippe Rolly, Michael Wardian, and Edmund Burke among the best masters runners in the country.
Posted by Breezy at 4:11 PM No comments:

Matt Rand kicked off a rash of five mile races for the team at the TowneBank 8k in Virginia Beach, running 25:32 for seventh place.

In Ashburn, Outlaw led the way at the perennial GRC haunt, the Van Metre 5 Miler, running 25:45 and finishing second. The Red Fox finished third, 10 seconds behind him, followed by Pat Kulhman in 27:22 and Zak Miller in 27:45. Shauneen was just four seconds off the women's victory in 29:38. Jake, Zak and Shauneen combined to win the team competition and were awarded the deed to Glory Days Grille or whatever has replaced it in that shopping center, and a voucher for a more original joke because I think I've made that one a few times.
Posted by Charlie Ban at 10:14 AM No comments:

Today in Baltimore, Klim finished third at the Kelly's Shamrock 5k after controlling the race and setting the pace. The finish came down to the wire. Reports are that conditions were extremely breezy, and not in the overwhelmingly positive sense that most people associate with the word "breezy." Mercer and Fridge also had strong results. 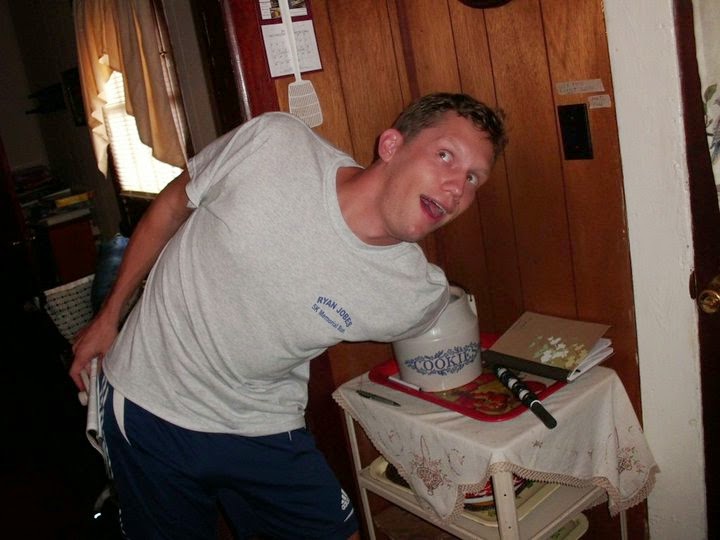 Sources in New York report that Charlie Ban ran 1:10:47 this morning in the New York Half Marathon, a PR of 9 seconds. Ban, seen above (file photo not from race), has set at least three PRs at the half marathon distance in the past two years. His success owes to the consistency of his hard training - Ban has been getting after it week after week and month after month.

Blur runs 1:11 in half marathon debut 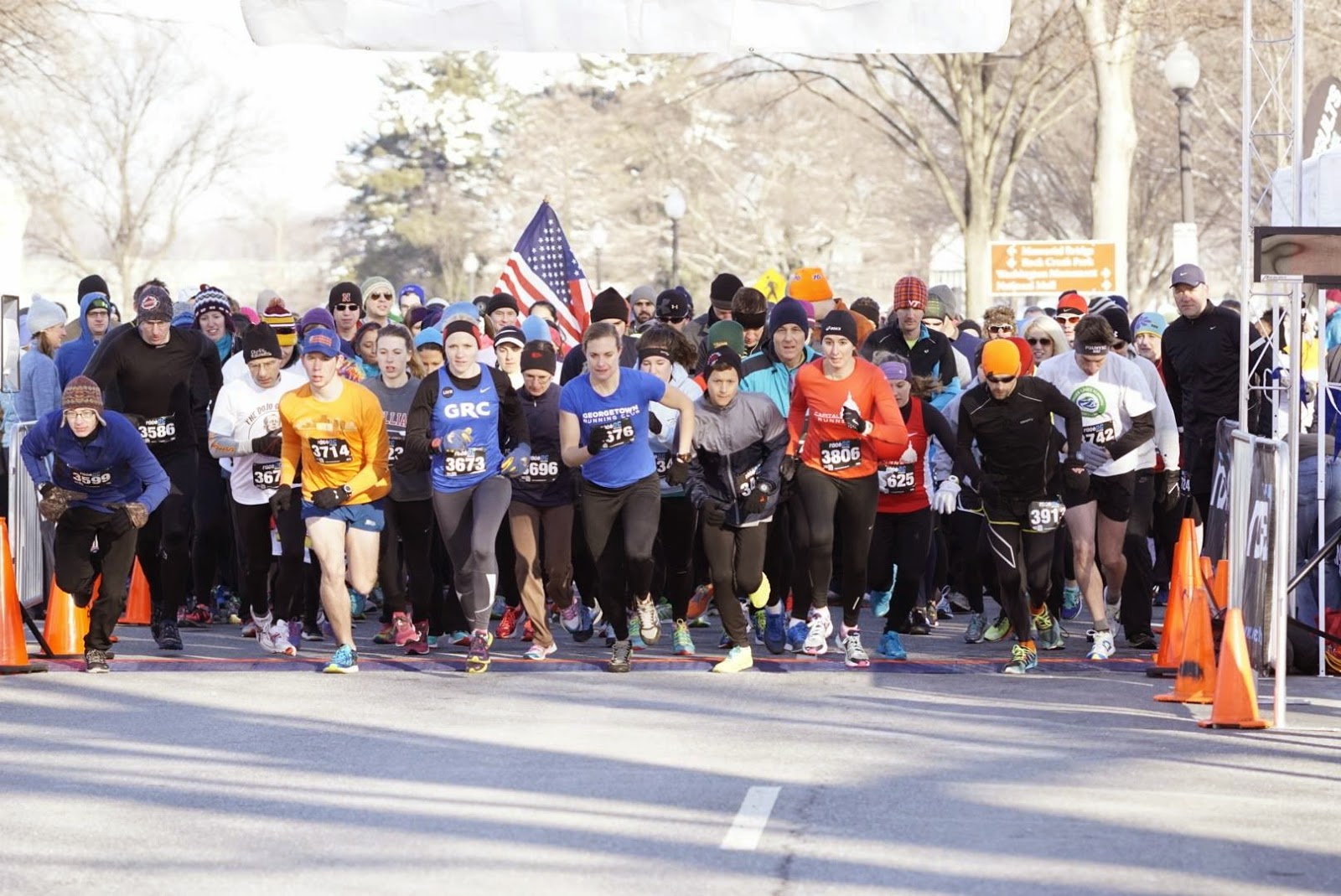 Chelsea ran 18:24 to win the Bright Beginnings 5k Saturday morning in 18:24 on the old West Potomac Park out'n'back. She came in third overall. Tina was two seconds back for second female.
Posted by Charlie Ban at 12:56 PM 2 comments:

Frances's 12th place finish in the 2 mile at the USATF Indoor Champions was a historic moment for GRC.  Frances went toe to toe with the top names in the sport and did not back down, and I could not have been more proud of her.  Frances continues to raise the bar of what is possible for a GRC athlete to achieve, and her accomplishments have not only raised the profile of GRC to the outside world, they have also helped her teammates set higher expectations for themselves.  I'm really excited to see Frances continue to kick tail in the future while wearing GRC blue!

As an added bonus, the USATF schedule allowed me to attend Heps at Harvard for a few hours, where I saw Phil win the alumni mile in a solo 4:21.8, closing in sub 32, and Cecilia crush the loaded field in the 800 with a huge kick coming off the final turn.  It was a memorable weekend on the indoor track and those 3 excellent performances are harbingers of great things to come.

We also had strong performances in difficult conditions at the St Paddy's Day 5k and 10k. Cabell made a promising GRC debut in 15:53. Cabell is a young runner with a major upside who will be a great addition to our track group this spring, and he will have a real chance to make our A team in cross country in the fall.  Also in the 5k Fridge ran 16:08 and Shauneen continued her impressive return to fitness in 18:27 despite struggling with her footing.   In the 10k Charlie led the way in 32:31, followed by Sean O in 32:50 and Breezy in 35:56.  Mary Grace made a strong seasonal debut in 40:21, and she is on her way to regaining the form that made her a star at Michigan.

It is highly likely we will be able to get on the track at BCC tomorrow.  The track is currently clear enough to do a workout (the shoveled path is not real wide at certain points, but it's wide enough to be useable) and anything that comes down tonight should melt tomorrow, so let's plan to meet at 6:30 for the warmup, and we'll roll at 7:15.  A word of caution--the stadium stairs are treacherous, so please be careful going down to the track.

See you at BCC tomorrow.

Posted by Coach Jerry at 1:21 PM No comments: