FLASH: Mary Grace Pellegrini made quite the marathon debut this morning, traversing a hot and hilly course to finish second among women and ninth overall in 3:20:24 at the Bay of Fundy Marathon. For her effort, Mary Grace was rewarded with a solid BQ and locally made pottery bowl.

UPDATE: Blur moves to Rhode Island, gets much older, finishes fifth: http://www.atlanticchip.ca/events/results-show.php?result=2766
Posted by Kerry Allen at 8:43 PM No comments:

While many of our harriers have already hung up their spikes until next year's track season, the fearless trio of Phil, Liz, and Alyson have kept up the hard training for the USATF National Club Championships at Franklin Field in Philly.

It seems that many potential audience members may have also already called it quits on the 2016 track season...

Just another Saturday afternoon #wherearethepeople #clubs?
A photo posted by Liz Tawa (@xolizardtower) on Jun 25, 2016 at 9:54am PDT

Sam Luff, Dickson Mercer, Charlie Ban, and Evan Jurkovich enjoyed a moment in the spotlight this week when Pacers Running's blog posted a great preview of their race this weekend.

Be sure to check it out!

Pacers // GRC Hits Up the Grandma's Marathon by Joanna Russo


And stay tuned to the blog for marathon results coming soon!
Posted by Maura at 10:24 AM No comments:

Although the eyes of the running world will be transfixed on the Father's Day 8k this weekend, a lesser known, but still significant, family member-themed road race will be unfolding in Duluth on Saturday: Grandma's Marathon and Gary Bjorklund Half Marathon. Six Pacers GRC runners made the trip to Duluth this weekend with the objective of putting in performances that will help pull Grandma's Marathon out of Father's Day 8k's shadow.

Sam Luff, Evan Jurkovich, Dickson Mercer, and Charlie Ban are representing the club in the full marathon. All available data suggests that Mercer, an experienced marathoner, is poised to run his opus. Although his PR is 2:29, in October Mercer put in what I submit was his best performance at the marathon distance with a 2:34 on an unfavorable day on Marine Corps Marathon's challenging course. He built off of that performance - and a couple weeks focused almost exclusively on speed work - to run 1:09-high this spring at the Scranton Half, breaking a PR that stood for seven years. While you cannot put too much stock in any single workout, Mercer, seen below making hand gestures, notched every hard effort this season, consistently hitting better splits than he achieved during prior marathon cycles. 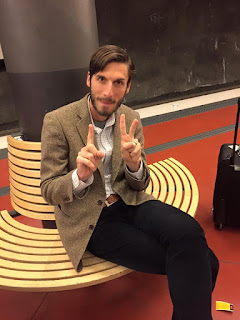 As an example of the sort of hard training that has occurred in preparation for Grandma's, Mercer, Luff, and Jurkovich ripped out 16 miles at marathon goal pace on Beach Drive with a helpful assist from Chris, Luke, Phil, and Blur. An effort of this quality provides reason for optimism. This is especially true because Luff, a marathon debutante, and Jurkovich also got it done on the other end of the spectrum by closing out a 4 x 1600 workout last week with 4:34 and 4:37, respectively.   "Sam is fit to make a very strong marathon debut," said Coach Jerry Alexander. "He's had success at the half marathon distance in Duluth, and if the conditions cooperate, he has great shot at breaking into the GRC top 5 in his first time out."  Jurkovich, a Minnesota native, will no doubt draw inspiration from past Grandma's champion and fellow Minnesotan Dick Beardsley to take a serious crack at a marathon PR, set previously at the nearby Twin Cities Marathon. Ban, who hit his marathon PR at a hilly Marathon in Chancellorsville, Va., which he decided to enter the week of the race, has struggled with injury as of late and has not hit the times in recent half marathons that he wanted to. But here's the thing about Charlie: he has been putting in the work for the past three years and has consistently chipped away at his half marathon PR. And here's the thing about the marathon: it can be difficult to predict when the hard training will pay dividends - hard training sometimes manifests itself when you least expect it. So I for one, would not be at all surprised to see Charlie dominate Duluth.

Patrick Kuhlmann and Kyle W are running the half. Although Kyle is taking it easy, Patrick is looking to do something big. Kuhlmann is easily one of the best masters runners in the country and he is sure to be competitive not only in his age group but in the race in general.

While temps will be a little higher than optimal, the racerunners will not be facing wind or rain. I predict some big performances. Stay tuned for details.

Lawyers Have Heart and so does GRC


What with all the babies being born and coach Jerry Alexander being featured on the radio waves, the blog neglected to mention some hot off the presses action from last weekend's Lawyers Have Heart 5k and 10k races. We regret the omission but hope we can retain your devoted readership through a pair of well-sent races. Read on for some belated results. 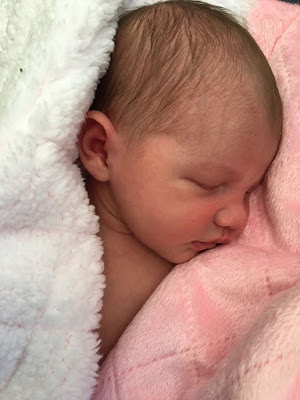 Avril Kaplan, mile specialist for the GRC, and husband Zach welcomed Eve Lucy Kaplan on June 8. With Avril and Zach's recent relocation to Chevy Chase, MD, in the shadows of the hallowed BCC track and the legendary coach Jerry Alexander, the GRC is expecting a verbal commitment from Eve soon. Stay tuned!

Congratulations to the Kaplans!
Posted by Maura at 7:31 PM No comments:

Coach Jerry on Pace the Nation

Check out Coach Jerry's interview on episode 56 of Pace the Nation, during which he quipped "it's easier to get me talking than it is to keep me quiet."  You can download the episode HERE.

The 8k course is flat and fast, along the historic C&O Canal towpath, and starts and finishes at Fletcher's Cove. This year, we're beating the heat with a morning race, leaving plenty of time to enjoy the rest of the day with Dad. Don't forget to sign up the youngsters for the Kid's Kilometer!

Check out Pacers Running's blog HERE for a feature on the race!


We have a great event on tap with contributions from our wonderful sponsors:


Stick around after the race for an action-packed raffle and a chance to win some great prizes from:

...and more!
We'll also have post-race snacks and refreshments, including local and delicious Bullfrog Bagels, photos, awards, and fun for the whole family!

Remember that Friday, June 3, is the last day to register to guarantee you'll get a technical race shirt! Don't miss out!

Learn more about the race and register HERE.

We'll see you there!

We had some solid performances at the Loudon Street Mile on Monday morning.  Stewart ended his extremely successful season by placing third in 4:13.9, which is a PR, and improves on his third place time on the all-time list. 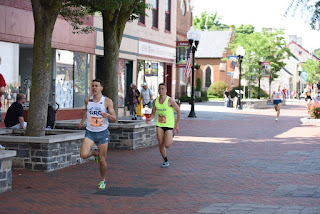 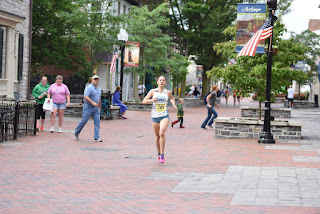 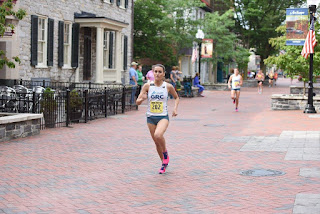