Chasing the bout of recent success run in the Keystone State, eight GRC athletes will travel to Swathmore College on Monday afternoon. Swathmore adopted this oval logo with garnet lanes to celebrate its recent history of hosting fast, end of season races on their 400m track. GRC's athletes hope to  justify Swathmore's Board of Managers in their decision. 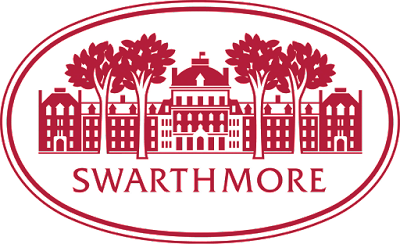 Shortly after, soon-to-graduate-from-Georgetown Cabell Willis will run his three and three quarters laps in the Men's 1500. It is hoped that after he runs fast, he doesn't turn to Instagram to post the hashtag #MerberMagic as he did on May 11, 2015. Don't do it Cabell.

Penn Relays Olympic Development 5000m champion Frances L. will lace up for the 5000. She will have help from Steph, who is planning on pacing Frances through 4k. If Frances L. wasn't at full fitness when she won Penn Relays in 16:50 alone, we may see her PR of 16:39 fall tomorrow.

In the Men's 5000, Stew is looking to build on his excellent season with what we'll call his Nth PR (we've lost count), and Luk and Kyle are gunning to be on his heels with a sub 15.

The schedule of events can be found here.
Posted by KyleCooke at 12:02 PM