﻿
﻿
Alongside the other noteworthy events taking place during the weekend of January 20 in the Baltimore-Washington area, GRC great Susan Hendrick was inducted into the hall of fame of Maryland’s Patuxent High School. 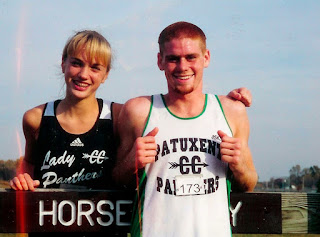 As this was Patuxent’s inaugural hall of fame class, athletes from the school’s full 20-year history were considered. There were eight individual athletes, one team, one administrator, and one coach selected. Besides our fair Susan, other inductees included two NFL players and a professional baseball player, which is impressive company. 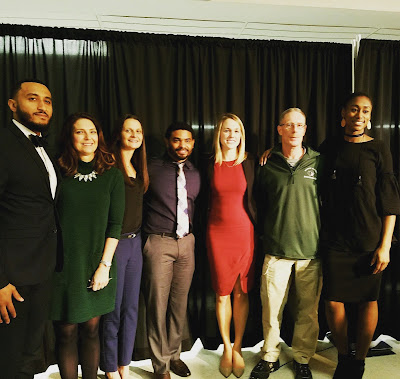 Susan captivated her audience at the ceremony with a speech thanking her coaches and mentors for the honor and made sure to rub it in the face of her husband Nathan, who also was a track and field star at Patuxent, but only has one state title to his name, compared to Susan’s three. 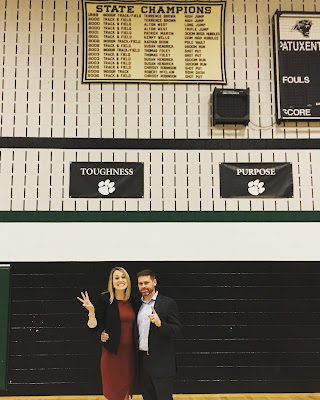 Said Susan, “Nathan and I both really owe a lot to our track coaches and the athletic department there for setting us up for success.”

Susan’s high school accolades across cross country, indoor track, and track include three state and 29 conference and regional titles. Her accomplishments not only attracted the attention of Nathan, but also that of Columbia University’s track program.

During her time at Columbia, Susan was a middle distance and relay star, setting three school records and becoming a two-time Heps champion and many-time All-Ivy and Academic All-Ivy performer. After graduation, she headed down to DC to complete her fifth year of eligibility at Georgetown while pursuing a master’s degree. She continued competitive running during her second year at Georgetown, supported by NYAC, and set PRs at 800m, 1500m, 5000m, and the mile, including running 4:17 in the 1500m, while balancing volunteer coaching on the side.

Susan was one of the first female athletes that fellow Columbia alum Jerry Alexander picked for his motley band of runners that eventually grew into the GRC team that we know and love today. She had a large role in the dramatic growth of the women's team after she joined the group in April 2011, recruiting several future GRC stars to the fold. A devotee of the classic Wednesday night workouts in Bethesda, Susan spent a few years focusing on longer distances, setting PRs at 8k, 10k, and 10 miles, when she suddenly remembered that she likes track better, settled for nothing longer than a 5k, and proceeded to snatch up the GRC records in the 800 and road mile.


Other GRC achievements include sharing some laughs with teammates while running a ten miler, 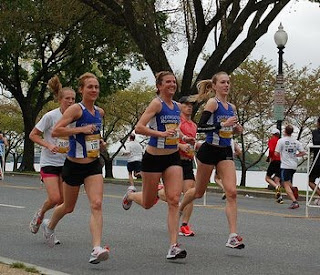 participating in Clubs a shockingly large number of times, 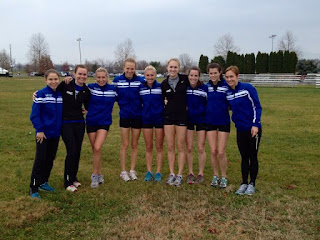 and fulfilling the challenging position of Father’s Day 8k Cupcake Czar with gusto. 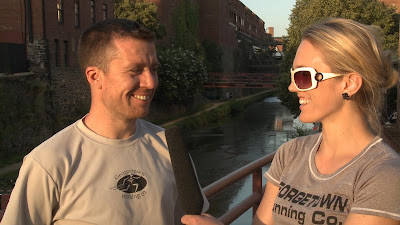 When a job opportunity presented itself in spring 2016, Susan decided to tackle a new challenge and left the DC area to head back up to New York City. She currently works in communications and public policy for Uber and lives in Hoboken, NJ with her husband Nathan and photogenic beagle Delta. 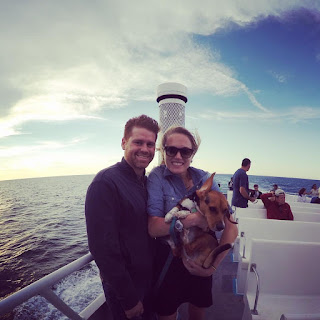 Outside of running, Susan enjoys celebrating Halloween, organizing going away parties for herself, and wearing more layers of workout clothing than is appropriate for the temperature.

Congratulations, Susan – both Maryland high school track and the GRC would not be where they are today without you!