Weekend Recap: Making Memories at the Run for Remembrance

GRC made our beloved sponsors proud on Saturday by sweeping most of the top spots at the inaugural Run for Remembrance 5k. The one and only Sam from Cornell took home the victory, and he was gifted a nice wooden American flag for his solo effort.

Up I-95, Hallie and Chelsea V tackled the Bal'more Half Marathon. There was plenty of wooter and Old Bay on the course, plus number of "How 'bout them O's, hon" cheers from spectators near Camden Yards.

Finally, outside of Bahstun, Cabell and JLP took on the historic Mayor's Cup 8k. JLP held off fast-charging ex-pat Phil Royer down the homestretch, proving to the world that moving and leaving GRC is always a terrible mistake. 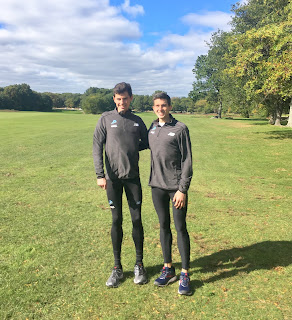