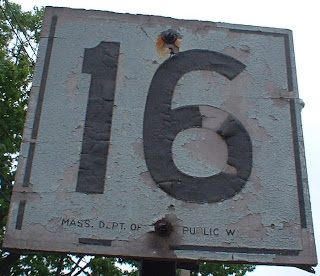 The marathon can humble you.  It can also chew you up and spit you out.  And leave you at the front door of a house in Natick, dehydrated and sun burnt, asking to use a stranger’s cell phone.  Of the ten GRC men who set out to capture a prominent team placement in last year’s Boston Marathon, only three finished (this author was DNF at mile 10).  Among those who perished in the heat of last year’s “Boston Massacre” was Dickson Mercer, a 2:29 marathoner who, judging by his first place finishes at the arduous Frederick and Gettysburg Marathons, isn’t one to shy away from a challenge.  Mercer vowed to return, and hit a qualification standard only one month later in the unbearable heat and humidity of the Rite Aid Cleveland Marathon.

Come Patriots’ day, Mercer won’t be the only GRC runner with a score to settle.  Last year Stefan Kolata, a 2:25 man, gutted it out to finish the race.  This cycle, Mercer and Kolata have been working together, hitting 90 mpw and capping off their training with a 12-mile tempo run on the hills of Rock Creek Park, which simulated the rigors of the Boston course.  “Stefan is in great shape, and will take a shot at a PR,” says Coach Jerry Alexander.  “Dickson has had a string of bad luck for several marathons, but it looks like his luck is about to change for the better.  He’s in great shape, and as long as the conditions are reasonable, he should threaten his PR.”  Chris Bain will be joining Mercer and Kolata in Boston.  The 117th running of the Boston Marathon won’t exactly be Bain’s first rodeo; in fact, it won’t even be his 14th rodeo.  Bain has a Boston “streak” going, which he preserved despite last year’s miserable conditions to finish 143rd.  “Silent Thunder” is coming off an impressive third place finish in January’s RNR Arizona Marathon, where he ran with characteristic confidence – going out in 37:46 to finish in 2:36:50 – for a third place finish.  Lavar Curley will also toe the line.  Considering the abysmal conditions last year, Curley had a breakthrough performance, hitting a negative split and finishing 340th.  Alexander expects Ken Rayner, who will be running his first Boston Marathon, to grab a big PR.

Teal Connor, Julie Tarallo, and Kerry Allen are also looking to PR and Alexander expects that a high volume of goal pace work will pay dividends on Monday.  Throughout the winter, each woman did a series of long runs with progressively increasing goal pace segments.  And each hit half Marathon PRs this spring: Allen (1:21:05); Connor (1:21:58) and Tarallo (1:22:04).  These runners also included some speed work in their taper with Teal “the Real Deal” Connor hitting a 1600m PR at the end of an interval session.  If the conditions are right – and that’s a big “if” – look for each runner to continue her upward trajectory. 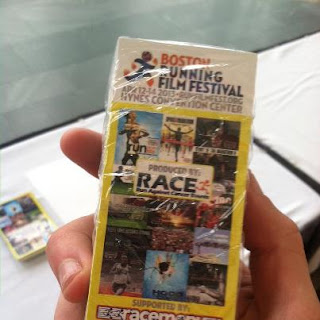 The Boston Marathon is as much a celebration of the sport as it is a competition.  And in that spirit, our very own Jake Klim helped to produce the Boston Running Film Festival, which will be held at the Hynes Convention Center from April 12-14.  Tickets are available here.

Good luck, everyone.  You deserve to have great races.  Make us proud.
Posted by Breezy at 9:08 PM