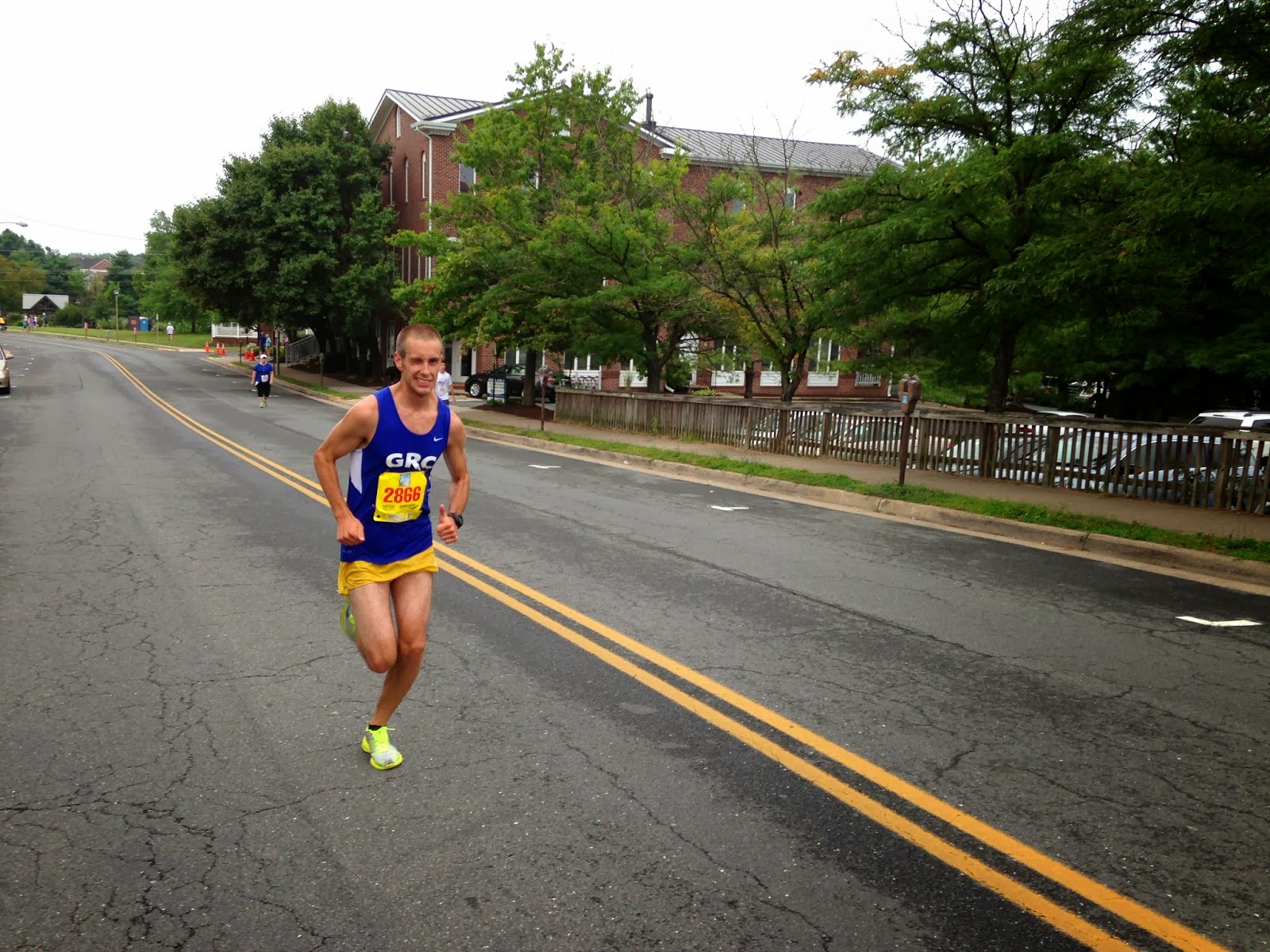 The men and women of GRC begin the 2014 season in earnest this weekend, at a range of distances from 800m to the half marathon. The marquee event is Sunday's USATF Half Marathon Championships in Houston, but a solid track contingent will get things started on Saturday at UMD's Terrapin Indoor Invitational.


Sunday's half-marathon champs will give GRC stars Kieran O'Connor and Beth Young each a great opportunity to improve their PRs. Great fields are lined up for both the men's and women's races, and the fast Houston course played host to Ryan Hall's 2007 American record in the half.

Kieran is coming off a banner 2013, where he was named team MVP thanks in large part to a huge 1:06:51 PR at Wilson Bridge that netted him top American honors. Coach Jerry adds that "his outstanding 46th place at USATF Clubs Cross Country shows that he can run on the national level, and as fit and confident as he is, nothing Kieran does would surprise me."

Beth too enjoyed a great year in 2013, lowering her PRs to 2:49:30 and 1:18:36 for the full and half-marathon. She had to miss the Cal International Marathon last December thanks to a gov-shutdown related conflict at work, but has looked extremely fit in recent weeks. Jerry stresses that "Beth gets better every race, and I have every confidence that this race will be another step in her progression to national class."

Any NFL coach will tell you that momentum is key during championship season, so both Beth and Kieran looked poised to Send-em come Sunday morning.

If tight ovals and Landover, MD are more your thing, GRC's track squad will come out of hibernation Saturday against an array of local college and university teams at the Terrapin Invite. Tina starts off the day's racing in both her GRC and 5000m track debut. A mid-d specialist in college, Tina hopes to make a splash in her first longer distance race. A strong trio of Susan, Avril and Heather finish up the individual events in the women's 3k, looking to get their track seasons started off right.

The men's side of the meet features Sean "What Off-Season?" Barrett in 25 laps of 5k goodness, Chuck Kacsur running a rare 800, and JR Roberts making moves in the 3000m. This should be the first of many track meets for these gents this year, so Saturday looks to be a great rust buster.

Stay tuned for updates as the weekend progresses. Oh wait, this is where I say...

DEVELOPING
Posted by Unknown at 3:55 PM