Beth Young and Kieran O'Connor both ran huge PRs at the USATF Half Marathon Championships in Houston, Texas today and proved that they belong in the top echelons of national competition. Both Club and Federation were well-represented by their efforts. The conditions were favorable with high 40s and a slight wind. O'Connor finished in 1:05:59, good for 43rd place. This race was the second fastest half marathon in club history and was the latest in a huge string of PRs and a meterioric rise to national caliber competition. 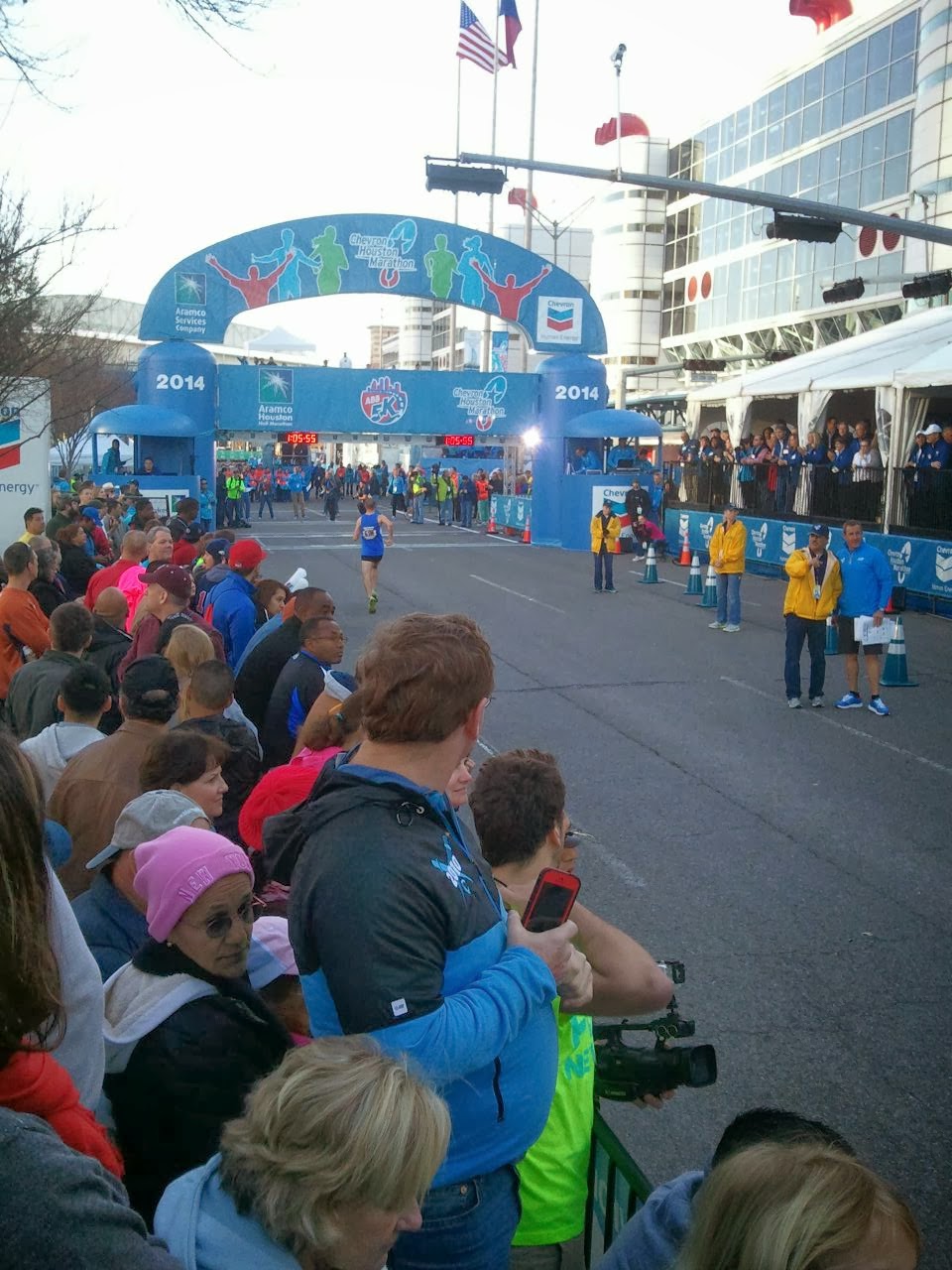 Young finished in 1:17:18, which was 42nd place. Today's result lopped more than a minute off her last PR of 1:18:36 and set a ten-mile PR of 58:50 en route. She got out fast, stuck with a pack, and didn't let the competition push her around. This was the third fastest half marathon in Club history. 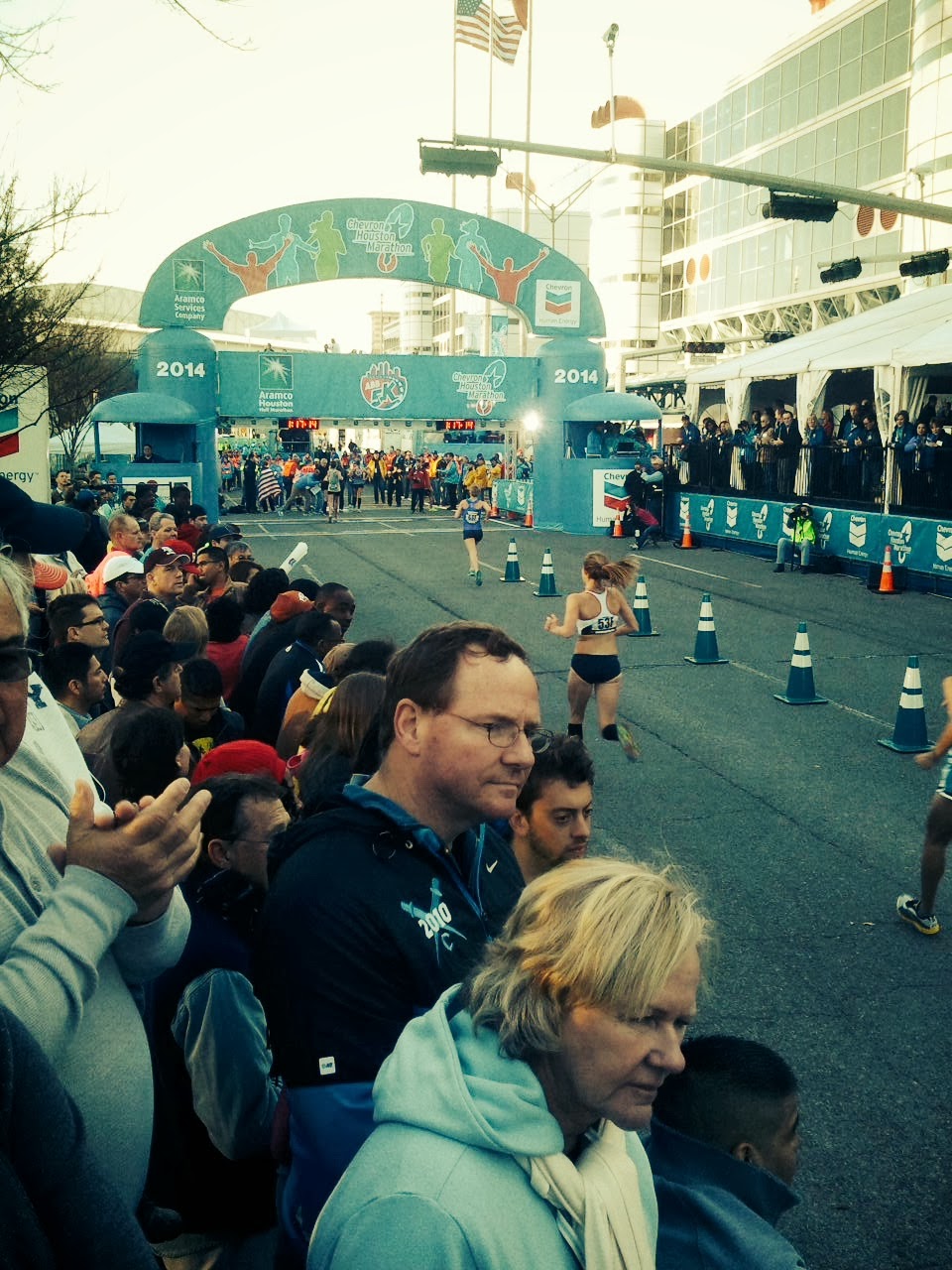 Benedict Sloane defied rumors that he had defected to the British Track Federation and ran the race of his life today in Houston by finishing in 1:07:29 (56th).  This is a PR by over a minute and he also set a 10-mile PR en route with 51-very low. He looked very strong in the homestretch.

The strength of talent in the National Capital-area running scene was definitely on display in Houston.
Posted by Breezy at 11:42 AM

Thanks for the shout out GRC. Congratulations to Kieran and Beth for outstanding performances. I think we did a great job representing DC/MD/VA!