Looks like we're all in for a treat, as the men and women of GRC have more than a few tricks up their sleeves this coming weekend...

In an attempt to escape the creepy cold front approaching D.C., the women are sending a top notch squad of Kristin, Teal, and Julie down to the Raleigh City of Oaks Half Marathon. Coach Jerry Alexander reports that he's spooked by the possibility of how fast they will run.

"Kristin is ready for another major PR.  She broke the 60 minute barrier at Army, and while I don't like to make predictions, I think she'll break another significant barrier on Sunday," he boasted. "Teal and Julie will be running hard in their final tune up for Sacramento.  They're both sharp and ready to roll, and we should see significant PRs from both of them."

Closer to home, Luke, Sam, and masters stud Pat Kulhmann plan to lay the ol' hocus-pocus on their competition at The Parks 10k. "Luke is preparing for all-out efforts at the USATF 12k and Clubs," Coach Jerry reports, "so he's using this as a hard tempo, which will work out well for Sam, as the two of them should be able to work together for significant portions of the race." A short broomstick ride away will be the inaugural Stache Dash 5k in Arlington, where Kevin, Dave O., and Elyse will all be aiming to raise the dead with some fast times.

Perhaps most notably, Chuck "Big City" Kascur will be guiding visually impaired athlete Matthew Rodjom in the National Race to End Women's Cancer 5k. It might take a strong potion or spell to get Big City through a race many times longer than his norm, but Alexander has the utmost faith that Big City will make it through.

Clearly, big things are brewing in the cauldron for this weekend, so be sure to check back here for the latest! 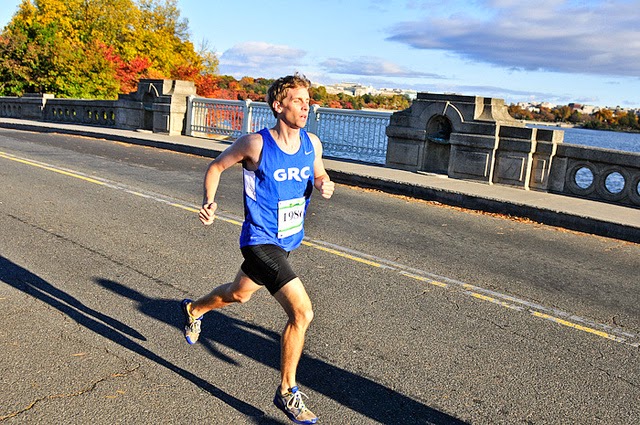