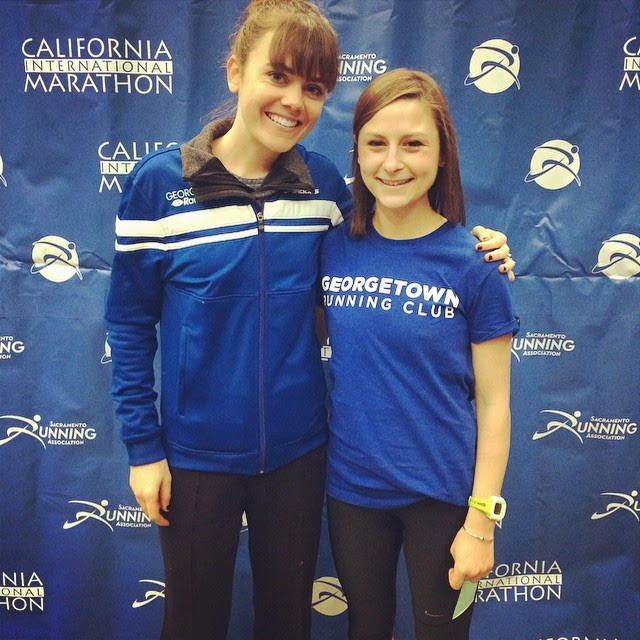 
Earlier this afternoon, Coach Jerry Alexander was summoned to comment on word that one of his athletes, Teal Connor Burrell, had qualified for the Olympic Trials in the marathon.
"In 25 years of coaching I'm not sure I've ever seen an athlete maximize her ability on race day the way Teal did today, said Alexander. "Everything came together in exactly the right way at exactly the right time, and in one race years of hard work paid off in the most spectacular way. I could not be more proud of her."

Alexander added, "There could not have been a more meaningful and appropriate way to honor Lauren than what Teal did today."

GRC athletes wear a "LWR" patch above their hearts on their singlets in memory of their teammate.
Posted by KLIM at 8:10 PM