We had a fantastic weekend at Clubs.  There were excellent performances on both the men's and women's sides, it was a great team bonding experience, and most importantly, we honored Lauren in a truly meaningful way.

The men placed 8th, which is their best performance ever at Clubs. Our top 4 of Lucas, Stewart, Luke, and Ryan S were separated by only 20 seconds, our 5th and 6th men, JLP and Kyle, were close behind, and the spread from 1 to 6 was an outstanding 58 seconds.  We had so much depth that by Coach Jerry's calculations if Lucas hadn't run, we still would have finished 10th.  By 1 mile into the race, Lucas wished he was doing something other than running, as he did not feel like himself right from the gun, and had what he called his worst race in 2 years.  To put Lucas's talent level into perspective, while he had a terrible race by his standards, his 60th place finish is the 4th best ever for a GRC man, and to his great credit Lucas fought to the tape to put the team in a position to succeed.  Stewart learned his lesson from last year's irrational over-exuberance, running a patient, controlled race.  Stewart's patience was rewarded with a 70th place finish, which ties him for 8th on the all-time GRC list.  In his 10th Clubs, Luke ran yet another strong race, placing 76th.  Luke is a highly valued team member and a truly superior athlete, as well as a wonderful role model for the younger guys.  Ryan S rounded out our top 4 in an outstanding 80th place.  Ryan is heading to flight school within the week, and while we'll miss him at practice, he will continue to represent GRC, and we're looking forward to more great results from him.  JLP and Kyle both worked extremely hard to make the A team, and they proved they belonged by finishing in 123rd and 128th place.  Developing young athletes is an important part of our mission at GRC, and it was awesome to see JLP and Kyle step up to the A level on Saturday.  Graham was right with JLP and Kyle through 8k when he had the misfortune of taking a nasty fall caused by a non-competitor on the course, resulting in a partially dislocated shoulder.  Graham is okay, but he was disappointed to not be able to finish in our top 5, and prove me wrong for putting him on the B team.  Among other noteworthy performances for the men, Lars had a major breakthrough, crossing the line as our 7th finisher in 168th place.  Lars's time was a 10k PR, which is remarkable given that the course was quite difficult, and the conditions were brutal.  In the masters race, Wertz was 20th.  After finishing 10th last year, Dave was disappointed to take a step backwards, but he's fully motivated to take his shot at a podium finish next year. 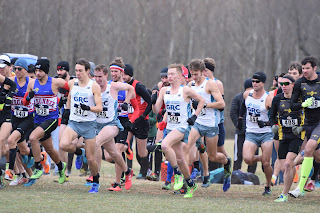 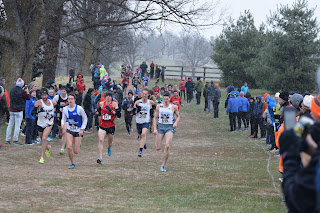 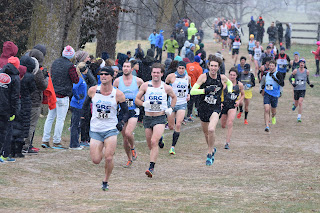 For the women, Maura L was an outstanding 20th place, the second best finish ever by a GRC athlete.  Maura L trails only the great Frances Koons, who was 8th in 2014, and she will have a real shot at a top 10 finish next year.  This caps an excellent fall for Maura L, and for someone who has had a string of bad luck in major races, this result validates her aspiration to legitimate national-caliber status.  Our second finisher was Maura, in 76th place.  Maura doesn't like to admit it, but she is an excellent xc runner, and she proved it yet again with another outstanding run at Clubs.  Steph was 119th place, and after struggling with her health throughout the fall, and feeling terrible right from the gun on Saturday, Coach Jerry is extremely proud of Steph for taking one for the team.  Julie and Emily K rounded out our top 5, finishing 134th and 143rd, and they both performed exceptionally well despite being way outside of their comfort zones.  Julie is a true marathoner who had not run a xc race since college, and Emily is a mid-distance runner for whom 6k surely felt like a marathon, yet they both rose to the challenge to help the team place 14th, which was a great result under the circumstances.  Chelsea was our 6th finisher in 179th, followed closely by Natalie in 186th. We greatly appreciated both of their efforts, as Chelsea's training has been limited by her busy teaching and coaching schedule, and Natalie ran the full at Richmond less than a month ago.  Our mid-distance crew also ran very well, with Jackie in 193rd, Alyson in 202nd, Alexa in 208th, Angelina in 214th, and Jesse in 237th.  Jesse's participation was emblematic of how important Clubs is to GRC.  Jesse has competed in more USATF championships on the track than she can count, and for a national caliber 800 runner to willingly endure a race where she knew she would be bringing up the rear, and her primary goal was to finish without walking, was really significant to her teammates. 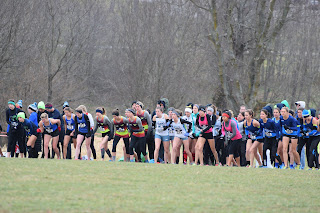 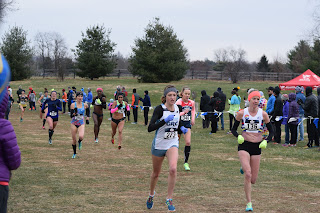 
Very few GRC athletes consider themselves cross country specialists, and Clubs is a major commitment in terms of time and resources, yet we make it a priority because it gives us the one chance each year to compete together, as a team, in a meaningful competition.  We all came away from the trip committed to doing even better next year in Spokane, and are already looking forward to everybody training together next fall to achieve a common goal.

At Jingle Bell 15k, our Houston crew of Outlaw, Evan, and Dickson were 3rd, 4th, and 5th, getting in some solid marathon-pace work.  Charlie was close behind in 6th.  In the 5k, Mitchell ran 16:34, and then immediately volunteered handing out medals at the finish.

Amazing unique article direct to the point. Trust me the way you interact is literally awesome I do respect that so much. I will instantly get your rss feed to stay informed of any updates you make and as well take the advantage to share some vital information regarding the
Online 9mm Gun Shop which many are not yet informed of it advantages compared to the other Semi automatic guns shops. Not over demanding, I will also take the advantage to ask for your permission to join our 179.3k members TELEGRAM CHANNEL
As to share with us your ideas or any latest update on your blog.
Thanks.