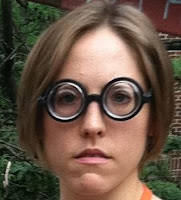 Lindsey Jerdonek? Oh yeah, her too. It's true, her new(ish) car is already as  packed-up as Union Jack's on a Saturday night-- bikes and running gear, random broken bicycle parts, edible goods from Costco, a stack of hard-core gangsta rap CDs, 1/3 of a bottle of Chambord, and even that dastardly eggplant costume of several Halloweens ago. Indeed, her $lootness has all the essentials covered and is hitting the road with everything she'll need to take her to the next level in her quest for triathlon glory. 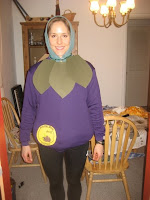 She leaves town Sunday, reportedly bound for a snowbird winter in Florida, to be followed by nomadic spring of chasing training partners and training camps all over the US of A. A shaded spot down by the Homosassa River behind a Costco has been identified as the likely temporary location of her VW-based living/training camp.

We'll all miss Lindsey, easily, so we've coordinated with Her People on an event to bid her a happy and successful farewell until we see her again (rumor going around is that she'll make an appearance at the DC Triathlon in June). She's seriously on the move, and we're thankful for the time she's spent with us in DC on her way up. 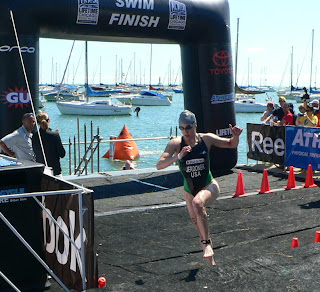 WHO: You and the rest of the DC triathlon / GRC hanger-on community
WHAT: Fair winds and following seas to LJ
WHEN: THIS Saturday, the 28th, 3pm to 6pm-- whenever you can pop in
WHERE: Buffalo Billiards, right off DuPont Circle
WHY: Not sure..... Maybe to thank her for reppin' as one of the few but stellar women on the GRC team over the past 3-4 years or so, to wish her well, and to grab a pint while recounting some story about Lindsey running late / getting injured / complaining about something.

A quote from her royal tri-ness, herself: "I'm telling you, I sincerely apologize for the short notice and hope that as many people as possible can make it out. I'll even try to be on time for my own farewell, so be there or be Klame."

Never fear, because with her handy gchat abilities she will always be near.