SEND 'EM, FROM DC TO SERBIA 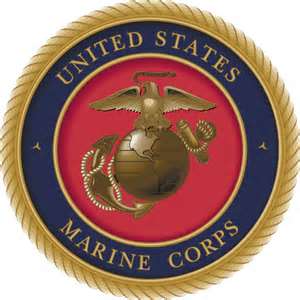 This weekend, Marine Corps Captain Sean Barrett will represent the United States at the World Military Cross Country Championships in Serbia. Barrett, the second GRC athlete to don a U.S singlet -- ex-pat Caroline White competed in the same competition in Ivory Coast in 2009 -- qualified for the United States all military team by finishing among the top seven military entrants in the USATF Cross Country Nationals in February.  "Racing with USA across your chest is the greatest honor a runner can have, and Sean has earned the right to represent the country on Saturday," said Coach Jerry Alexander.  "He is in superb shape, and the forecast of sloppy going favors Sean, who may not be the most talented guy in the world-class field, but he's certainly among the toughest, and he is going to give it everything he's got, no matter how bad the conditions."

In other out of town action, Hilary May will be making her outdoor 5k seasonable debut at the Occidental Distance Carnival in California. "Hilary ran a spectacular 3k indoors in New York two weeks ago, and she is ready to keep that momentum going outdoors with a strong opening effort," said Alexander.

UPDATE
The PR train kept rollin' for May, who finished in 17:39.

Back in the District, GRC will be out in force at the Rock and Roll USA Marathon and Half Marathon, with Boston-bound runners looking to have a big day.  "I'm looking for strong performances from our women, particularly Teal Connor and Julie Tarallo, both of whom will be looking to PR.  They're in great shape, and this race will help them build their confidence for Boston."  Boston entrants Stefan, Kenny R. and Lavar are geared up for a key tuneup.  In last year's race, held on March 17, Patrick Murphy, inspired by the spirit of his patron saint, hit a huge PR (1:13:29) and continued the heroics during a post-race celebration that rivaled his athletic achievement in terms of focus and determination.  Murphy's PR last year was a major breakthrough at that distance and he is looking to turn in another excellent performance tomorrow.  Look for Kerry, Beth Y, and Scotty Koonce on the course too.  Dangerous Dave Wertz and JR will be hitting the roads for a local 5k.

This is a big weekend of racing.  Results to follow
Posted by Breezy at 11:04 PM

Good job everyone, thanks for the support out there Breezy, Sam n' Charlie

Klim does his best impersonation of Tron while photo bombing Wilson Kipsang. At least I think it is klim? Fox can you confirm?

I was trying to get in on that cupcake action.