THE KARMA IS IN THE BARN 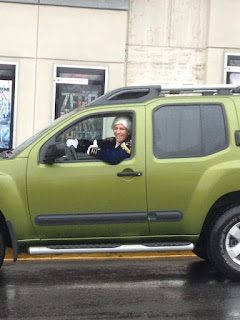 Scott Koonce’s preparation for the Rock and Roll USA Marathon has been, in his words, "a little rough." This time around, work and family commitments – most involving snow sports – have made training difficult for Koonce, a father of three who manages investment portfolios at his own firm in Gaithersburg, Maryland. Although he’s been logging 60 mpw and hitting the track when possible, Koonce’s long runs this cycle have been few and far between, and none have topped 18 miles.

Although Koonce’s barn could accommodate more hay, it’s bursting with good karma. Scott’s road to the RNR USA Marathon began in October at the Woodrow Wilson Bridge Half Marathon – host to the NIB Visually Impaired Half Marathon Championships – where he served as a guide for a V.I. athlete. Things went well and the pair agreed to team up again for the Chevron Houston Marathon in January. But a last second illness forced the runner to withdraw and threw into chaos the guide’s winter racing schedule. Koonce (seen here dressed as a Founding Father) is attempting to make the best of a tough situation by rolling the dice on a late entry in the RNR Full, set for March 16. While a PR under these circumstances is not realistic, Koonce intends to attempt a negative split and stay competitive in the masters division. Can karma sustain a runner after his glycogen stores hit empty? Scott Koonce is about to find out.
Posted by Breezy at 6:29 PM

He will zoom like that horse-less carriage he is driving.