As tradition holds, GRC athletes fanned out across the country this morning to compete in local Turkey Trots. Julie Tarallo netted the best prize of the year - her weight in turkey - by winning the Easton Turkey Chase five miler with a time of 30:02. 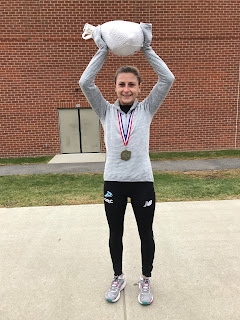 Although the prize was less desirable, Stephanie Reich set a club record at the Way Station 5k with an unbelievable 16:42. Husband Stewart didn't do so bad himself with his 15:02, good for the W.  And Stew wasn't the only winner. Maura, who has been on a tear on distances from the 5k to the HM, topped  the podium at the PNC YMCA Turkey Trot in Pittsburgh (17:54). Although nothing edible ensued, the race sponsors are mailing her a turkey trophy.

In the Midwest, Kyle and Evan grabbed pumpkin pies (seen below) after finishing third (15:35) and eighth (15:53), respectively, in the Minneapolis Turkey Trot. 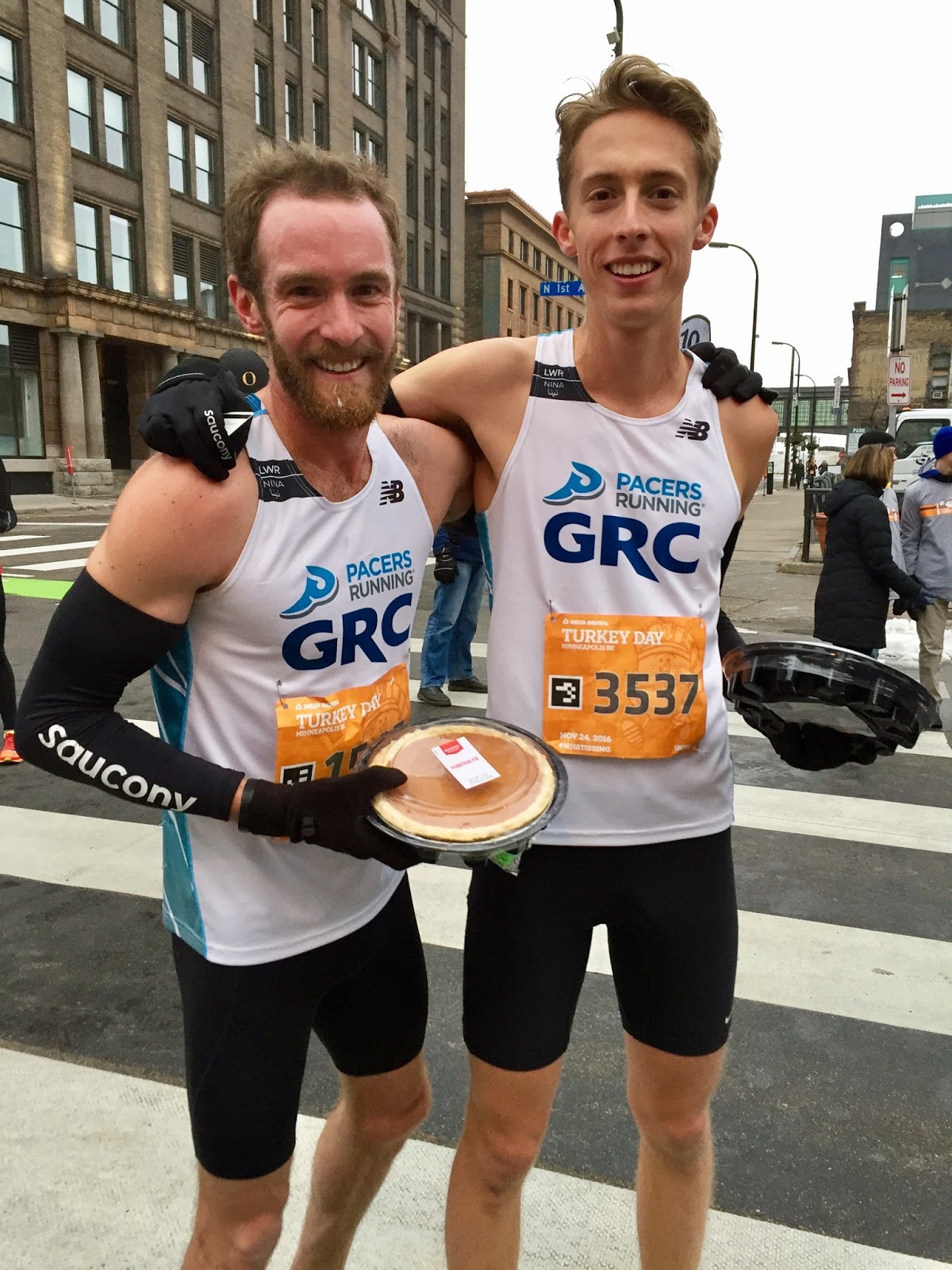 The results of the Alexandria Turkey Trot are also in:

Fulfilling a long-standing quest, Dickson "the Nazarene" Mercer broke the tape at the Nazareth, PA Run for the Pie with a formidable 16:19 on a fair course.  Meanwhile, in Fairfax, Dave O put in a 17:17 with Laura pushing the stroller in in under 22.

Out west, David McKay gobbled up several local high schoolers to break the tape at the Missoula, Montana Turkey Trot 8k (26:16). His efforts were met with a gorgeous apple pie. 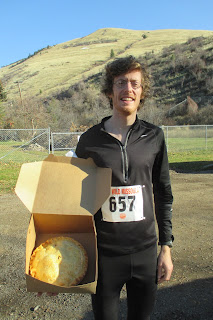 Matt Hassett received a well-earned "Top-100" finisher ceramic coffee mug for his efforts of 26:25 at the Ashenfelter 8k in New Jersey.

This author had a forgettable performance in the Southborough, MA Gobble Wobble, but his wife set a "pregnancy PR" for the 5k.  Our efforts returned no prizes after some rapscallion absconded with the Dunkin' Doughnuts cache reserved for rewards shortly after the gun went off.

We are awaiting the results for Jake Klim's Thanksgiving athletic activities. Patrick Murphy has also been known to hit the roads on Turkey Day, but no results for him have surfaced.

Happy Thanksgiving, everyone!
Posted by Breezy at 1:59 PM