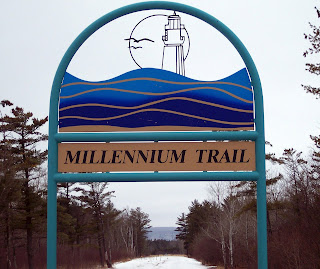 This is my first post, so i apologize in advance for any strangeness (spelling, etc)....

What does everyone think about a Sunday run, 9am on the Millennium Trail in Rockville? This is a 10.2 mile asphalt paved loop with measured 1/2 mile markers around Rockville. We could meet at Wootton HS parking lot (2100 Wootton Pkwy, Rockville) and go from there. Of course for all you over achievers, we can easily add on more than a measly 10 miles. 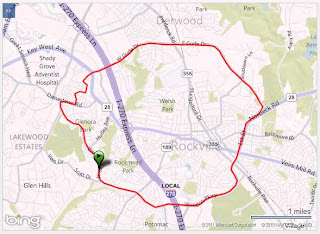 
What about Al Lewis 10 Mile this weekend? http://www.dcroadrunners.org/sign-up/al-lewis-ten-miler


We had Karl ran 53 minutes and Max skipped the chip last year in the storm. I think it has reasonable race day weather this year than 2010. Maybe Max can pay that five-buck this time around, or NOT. ^_^

An anonymous Rockville official vowed "to enforce all applicable environmental and pedestrian traffic laws" on and "dirt-bag joggers" found in his jurisdiction.

When told of the Sunday run plans, the official spilled the contents of his oversize "Got a case of the Mondays?" coffee mug on his new tie, causing him to shout: "Fuck! I just bought this a T-J Maxx. Jesus, I need to take a sick day."

Other Rockville officials were more resigned about the specter of harriers invading their city. "Obviously these 'people' have an agenda," replied a member of the City Council by e-mail. "But I can't stop them because activist judges in Washington have misread the First Amendment's right to assemble. In my mind the only assemblies we should be sanctioning in Rockville are Tea Parties and poker night at the VFW."

When asked, the official declined to expound on his training in constitutional law.

Some local businesses, however, were trying to put on their best face for the anticipated guests. "Well, I guess if they spend American dollars, we can put up with the smell." Quipped the owner of a local Chicken Out. Economists forecast that the runners could bring as much as twenty dollars to the local economy.

Still, some business owners feared that the economic benefit would be offset by parents and children avoiding R. Jarrin's profanity laced lunch talks about "fucking wankers."

"Why can't they just run on the towpath like they usually do?" Complained one D.C. resident.

I will try to be there.

I should be at this Sunday run too.

I'm heading to the Store on Saturday.

If Alex drives, there's a good chance I'll be there, too, planning on 14

Charlie... if you aren't there, we are no longer friends