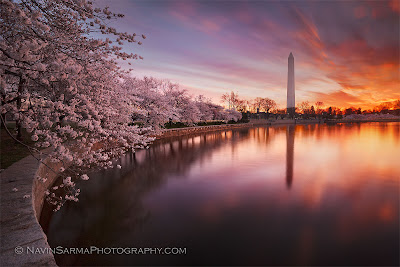 The Cherry Blossom Ten Miler is on Sunday! It’s certainly the biggest race for GRC this spring and one of our biggest races for our team every year. Twenty-three (!) runners will don our singlet this Sunday.

First and foremost, get to the race early! It never hurt anyone to get to Cherry Blossom with an extra 20 minutes to spare. If you’re 10 minutes late, that probably means you’ll be 20 minutes late as the crowds get exponentially larger as the morning ticks away. I plan to arrive at the elite athlete tent (between the starting line and the Washington Monument) no later than 6:00am. Metro opens at 5:00am and it is advised you take the train to the Smithsonian stop in lieu of driving.

Second, go to the CB website and familiarize yourselves with the race route and the staging area.
MAP - http://www.cherryblossom.org/images/2012/12StagingAreaLayoutDrawing-021412.pdf

Third, please wear any/all the GRC garb you have. We want to (obviously) look like a team while we are out there. If you’re in need of gear (specifically singlet, t-shirt, pants) reach out to Michelle Miller (women) or Patrick Murphy and Coach Jerry (men).

Knowing that everyone likes to do his or her own thing before any big race, myself and a handful of others plan to warm-up from the START/FINISH LINE at 6:30am SHARP - 60 minutes before the gun goes off. If you’re interested, begin gathering at the finish line at 6:20am. The women’s elite race starts at 7:20am, but all of us will start at 7:30am. The warm-up will proceed to the less populated bathrooms 200m-400m from the starting line. After taking care of any business here, we’ll run the first mile+ of the course, before turning around somewhere near Memorial Bridge and heading back to the elite tent. Those wishing to run longer and/or head to the restroom again will have time to do that.

Here is a timeline:

6:00am – arrive at race, find elite race tent, bathroom, get ready to warm-up

9:00am - all GRC team members, whether you raced or not, should gather around the elite tent for a team picture in front of the Washington Monument
Afternoon - team gathering at Cleveland Park Bar & Grill

We have both a men’s and women’s team competing for a $1000 prize purse, but, unlike last year, it will be a battle. PACERS has put together two very competitive squads and the race could be won, or lost, on Hains Point so everyone will need to run smart and stay strong. The winner is determined by the overall combined time of the top 3 runners - every second will count.

In addition, GRC will be having an inter-team competition. We’ll combine the times of the top 5 men and top 2 women to determine the winner. Coach Jerry will purchase "diet colas" for the winning team. The rosters are below:

A few other notes:

The weather, less than a week out, looks ideal: mid-40s, partly cloudy at race time. GRC’s Armchair Meteorologist, Andy Sovonick, will provide an update later in the week.

There will be a team gathering at Cleveland Park Bar & Grill at a TBD time after the race.

There is NO packet pick-up on race day, but a group will be heading over to packet pick-up after the 9:00am run from the Georgetown Store on Saturday.

Those who are NOT racing Cherry Blossom are strongly encouraged to come out, support the team and witness one of the greatest races in Washington D.C. We will need all the applause and cheer you can muster.

I will volunteer at the expo on Saturday morning. I can pick up your package before the door open. Let me know if you want me to pick up yours and I can bring it to you on Sunday morning at the starting line. Let me know...

Wow, this is really embarrassing. We actually thought you had died Dirk, which is why we named the team after you. It was suppose to be in memory. Sh!t. Ummm, well, anyways, we'll run our asses off.