Dave Burnham kicked off his racing season with a 69:07 at the National Half Marathon Saturday morning, finishing fifth. 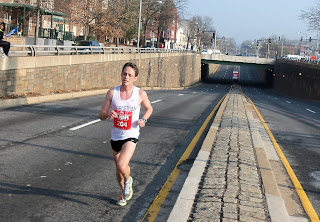 Looking strong through the fast opening four miles, he dug in during the climb through Adams Morgan and had a healthy gap over any pursuers at 10 miles, which he split in 52:27. 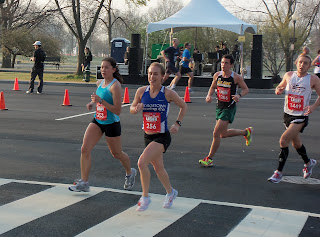 Beth Young ran the race to get her legs underneath her after a long layoff, but clearly that time didn't wreck her too much, because she PRed by 90 seconds in 1:22:54 to finish fifth. She took advantage of a fierce second half, especially miles 9-10. 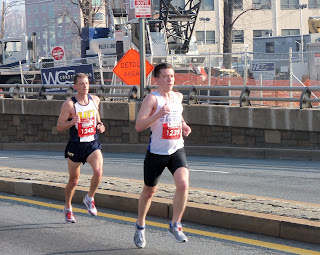 Patrick Murphy celebrated Irish Awareness Day with a 1:13:29- nearly a one minute PR! And that coming from a season where he's focusing on Boston in a little more than a month. 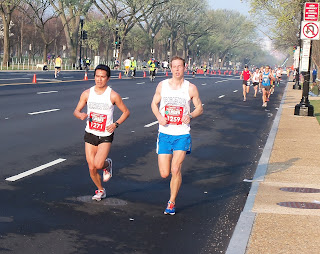 Breezy and Lavar stayed patient, both of them focusing on the brisk jog in the Bay State coming up in April, and rolled to 1:18:04 and 1:18:56, respectively.

A great weekend of races!