We had some major PRs this weekend at 10k from Charlie, Maura, and Lauren.  Charlie’s 31:43 and Maura’s 36:15, both at the Great Race in Pittsburgh, were 44 second and 50 second PRs, respectively.  While Charlie’s race was a huge breakthrough, it’s fair to say that he’s just getting started, as his training was modest throughout the summer, and has only kicked into gear in the last month.  Maura’s huge PR is indicative of the strength training she did over the summer, and bodes extremely well for the rest of the fall, when her focus will be on the shorter races that are her speciaility.  Lauren ran 37:16 on a hilly course in Reston, for a 12 second PR, and an easy victory in the Perfect 10 10k.  Lauren will continue to rewrite her PRs later this fall, after she returns from her wedding.  The lone exception to our parade of PRs on Sunday was Sam’s 30:59, which placed him second at the Great Race.  I know you’re all tired of Sam underachieving compared to his more accomplished teammates, and I can assure that I’m only going to give that guy one more chance to get his act together.  Well done to all! 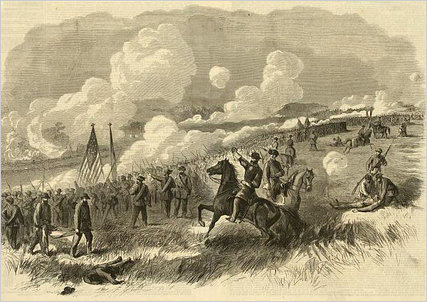 1) The change in the date of the MCRRC cross country race may turn out to be a blessing in disguise.  The new plan will be for everyone that is focused on cross country, and who does not have a schedule conflict, is to run the Bull Run cross country 5k on October 13, and the rescheduled MCRRC 5k on October 28.  This will mean that rather than running the Klimvitational, which would have been essentially a scrimmage, we will have two races on well-established cross country courses, two weeks apart.  The Bull Run course is not easy, but it’s fair, and will be an excellent re-introduction to cross for all of us. Hold off on registering until you hear back from me.  The race info is here:  http://www.prraces.com/glorydays/

2)  Because of the change in race plans, we will have a workout on Saturday October 6 at the cell tower field.  I will send out further information later in the week.

3)  The workout this Wednesday will be at American.  We must start no later than 6:30 due to limited light.  If you’re driving, plan to meet at the track at 5:45 for the warmup.  If you’re taking the metro, be sure to arrive at Charlie/Sam/Witty’s house no later than 5:40 for the run over to the track.

4)  A few of you have indicated that you want to work out tomorrow in conjunction with the NOVA practice.  Please be ready to roll at 6:30 at WAKEFIELD HIGH, as light is an issue on that track as well.

5)  Because we’ll be racing on October 13, the plan to move practice next week to Thursday to allow us to use BCC is not going to work.  My current thinking is that, weather permitting, we will hit the mall.  If, however, the forecast is not favorable, we will have to reconsider that plan, so stay tuned for updates on next week’s practice.

If you have questions about any of this, give me a shout.