Coach Jerry: what a day! I cannot tell you how pleased, and how proud of the guys I am. I wish you were all here to share it with us....we beat Boulder Running, Austin Team Rogue, and BAA, all of which are legit pro teams, so it was a great performance. kieran was a beast out there, and the fact that he caught Kwiatkowski in the last 800 was outstanding. mike ran strong, luke hung on tough, kevin ran perfect tactics (moving up the whole way) and sam hung on tough even though he fell on the last lap. kevin tore his feet up in spikes that didn't fit properly and had to get medical attention.

Luff hits the dirt (or the mud)!

"I captured a runner in the elite men's open race biting the dirt on one of the steepest hills of the course at the USATF Club XC Championships in Bend OR. The course was really tough and treacherous. The guys in the men's open race were flying down this hill. I got lucky and captured this guy right when he hit the ground. He was able to pop up and keep going".
(C) http://swensonphoto.smugmug.com/USATF-XC-championships/i-JP4H6DK 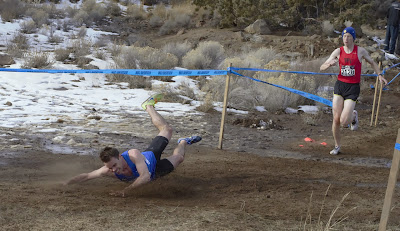 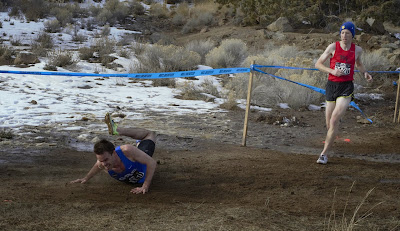 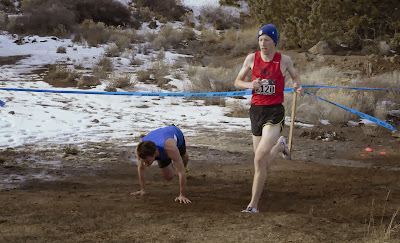 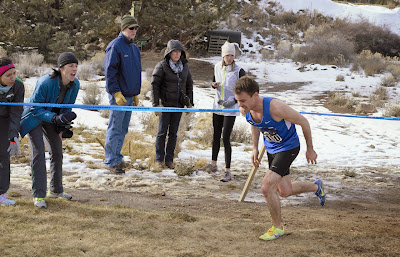 Ha! I'm glad you found this photo I shot of your man Luff. Tough guy! He hit the ground hard but kept going.
(I ran that stretch way slower in the masters race ;-)

Hey John! Thanks for capturing the moment. I'm glad my clumsiness gave me and some other folks a few good laughs.