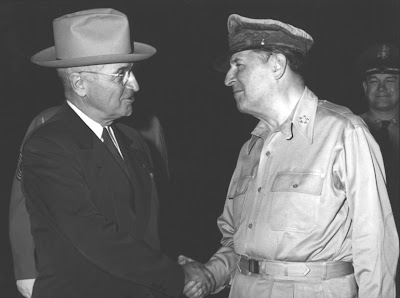 The GRC Race Team is having its "winter/spring goals" meeting on Saturday, October 23 after the group run. All GRCers are strongly encouraged to come. Mark it on your calendar. We will meet at the Chevy Chase Store at 8:30am, run the usual 10 miles or hour and then either set-up camp at Panera or the area just outside the Chevy Chase Store. If you can't make the run, the meeting will start at 10am. In the past we had met at Dean & Delucas, but our group is growing and it was very hard to hear there. According to my roster, the men's team is 40 strong.
We have two of these meetings per year, usually the main point is to discuss team goals for the upcoming season, but we'll also be discussing these bullet points below (if you have any thing else to add, please let me know). If you are a lurker who has been reading the blog and wants to start coming out for practice, please come. We're not an exclusive race team, but please note that most of the individuals ran xc/track in college and we're all still quite serious about training/running while we juggle the working world.

I have my last hard workout planed for my hs kids that morning on our championship course which we should be contenders after seeing results from today where we took 1st, 1st, 2nd and 4th. So therefore I won't be at the meeting. I really liked working out with you guys and representing the GRC. My Parks Half debut went alright although going out a bit too fast like my workouts. You guys are helping me as I jump to a new unchartered race distance preparing for my Marine Corps Marathon debut. I don't know how I will recover from MCM but I'm down for racing Club Nats if you need bodies. I plan to run a fast 5k, 10k and chery blossom in the winter/spring. Maybe doing Pikes Peak or a fast local 10k with an indoor 3k/5k and early march outdoor 5k. After cross season I will definitely be at wed and sat workouts once again. I will be at the Sunday run tomorrow. I know I'm at a different schedule right now with my marathon 3 weeks after chicago this should be my last long run I'm shooting for 23-24. A woman's team needs improvement and it will be great to attract top local talent. Do we need a coach? Should we add another race to bring in money to our club. For example a track race if we can secure a venue or do another road race in the fall around columbus day weekend for 2011. Or an late march/ early april road race.

yours in running,
-Ian

Ian brings up a good point: talking about a coach?

Also, maybe include thinking about potential track races we can go to, especially if we are thinking a mid-distance team.

Ian Hankins should be our coach, he coaches champions!! Would you work for tenders, Ian?

The other thing I forgot to mention was getting someone to update the runner profiles. It seems like these are hard to produce/update, but it would be good to make a simpler version for new members. However, this requires someone with some skillz. If any newbies are able to help on that, let me know.

Also, a SECOND race is a good idea. It just needs to be organized.

No, I am just stupid.

yes i would work for tenders make that 40K(nuggets)