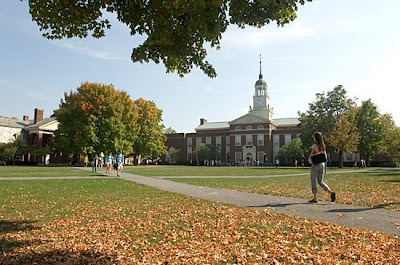 LEWISBURG, PA - This evening, "track specialist" Ryan Hanson will attempt to break the GRC record in the 1500m run at the Bison Outdoor Classic.
The current record, 3:54.35, held by one Joey Wiegner, was set at the Sam Howell Invite in April, 2007. Hanson is in quick company: UMBCer Snyder ran 4:08 indoors last month.
UPDATE: Hanson runs 3:56..."not happy" with race, but ran well tactically after a 61-second 3rd lap.

MORE...
SATURDAY: BIG CITY (Chuck) to make season debut in 800m at VCU
SUNDAY IN ROCKVILLE: GRCers are set to race Pike's Peek, arguably the fastest 10k from Richmond to Baltimore...and maybe beyond. Wiegner, Murphy, Sovonick and Michelle Miller look to PR on the roads. Dusens, Burnham, Dickson, Daly and Jordan are also donning the Store singlet. Beth Young will also be racing.

UPDATE: Team will meet at 6:40 at the overpass on Redland Rd, behind the start line. And even though we don't appear on the entry list on the Pike's Peek website, we are on the master entry list at packet pickup today (10-4 @ White Flint Mall, AKA Wiggy's Place).
SUNDAY IN BOSTON: Ban to race B.A.A. 5k, hopes to run a time that would place him inthe top half of the women's 5k at Mt. SAC... and to not be outkicked by Charlotte Koonce
MONDAY IN HOPKINTON: Chris Bain will run his 13th consecutive Boston. His PR of 2:31 is from 2008. Scott Koonce and Bobby JARRIN are looking to run circa 2:50. Mom Ban will take her first crack at the race.
DEVELOPING...
Posted by KLIM at 10:44 AM

Chuck is running 2 laps on Saturday at VCU as well.

Tear it up this weekend, everyone.

I'll be at the store Saturday morning, but not running more than an hour.

Susan Hendrick will also be making her GRC debut at Pike's Peek on Sunday.

do we have group pre-race warm up like we did in Cherry?

Yes Frank. The Chicken Tender Runner is spearheading this.

After you pick up your race packet, get some sweet treats at the white flint mall food court.

it would be nice to pick up that GRC long sleeve shirt some time this weekend before/after Pike's Peek ...

Are you saying you want someone to bring you one? You should come to team track practices or runs if you want team gear.

i am not saying or asking or telling anyone to bring me anything. if happening to able to pick that up at some point, then that would be great; but doesn't has to be and i don't have to have one. as i told red fox long before, 'if there are extra and y'all don't mind me to have one,' then i will be grateful put one on my shoulder.

i don't leave work till 18:30, that's no way i have the time to meet y'all for track work out on Wednesday, beside i know i am too slow for that. i don't usually run on Saturday. Sunday morning long run is usually prefect for me to run with you guys; however, i haven't see you run Sunday with us for awhile.

Samuel Luff and I are running from my pad at 8am tomorrow to watch the finish of Pike's Peek (mile away) before commencing our own run. I am running an hour, but Luff is running "long". If you are interested, show up at my pad at 8am or shoot me an email.