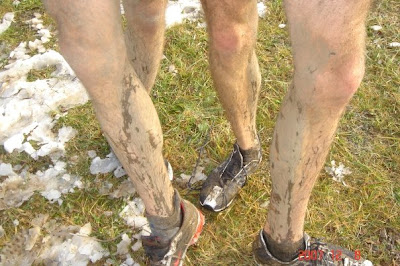 Circling back after yesterday's meeting, here are some of the things we're working on:
1. Chicken Tender Runner is updating the photo stream to the right. The photos are dated and we need fresh ones. He's asking that you send him pics to add to this stream.
2. Shannon & Emily are going to create a separate blog/page for the women's team which will be linked to this blog. The purpose of which will be to start a dialogue for a women's team.
3. I will be adding a calendar with races to the right hand side of the screen. Once the calendar is in, please update and add races. Each race should have a "captain" or, more simply, a point person.
4. If you're interested in hearing more about the coach, talk to Joe Wiegner
5. Wednesday workouts should be suggested/planned during the weekend, and weekend runs should be planned during the Wednesday workout. Someone running the workout on Wednesday, should post something today/tomorrow.
6. Karl and I are working on USATF XC. Below is who I have on the roster/interested in going to spectate. Those in bold I believe are definitely running. Please confirm or deny your status. You will need to take Friday, December 10 off from work. Right now it appears we have enough for a B team and two van loads. I sent an email yesterday to USATF to find out how we can renew our membership...then, those below, will need to 1. sign up/renew membership for USATF, 2. sign up for the race. More on that later. Someone could start pricing out some hotel rooms - two double beds per room (plus cots) seems ideal (ie - cheap).
Andy Sovonick
Patrick Murphy
Charlie Ban
Karl Dusen
Jordan Snyder
Alabama Paul Guevara
Jerry Outlaw
Joe Wiegner
Dave Burnham
Jake Klim - run or spectate, but definitely going
Jake Marren - run or spectate
Petey Towpath - spectate?
Sam Luff - needs to check on taking Friday off, interested in possibly driving down late that night
Patrick Hughes - unknown
Chris Raabe - per injury
Ryan Hanson - see how things shake out
Anyone else???
Posted by KLIM at 10:15 AM

I plan on going and filming, unless I get slammed with work that weekend.

Don't let stupid work get in the way of a SLAM DUNK time Petey.

Charlie will pay your standard day rate if you come.

I will pay Charlie a day rate to never call me nicknames in public.

I will pay Charlie a day rate to come up with new nicknames for Toe Jam.

Nice Matias - that is cool.

Also, I added the 2011 calendar. So everyone feel free to go in and add races and your names under races currently listed.

I'm definitely in for USATFs

I think I am in for the XC champs race. I won't be able to get Friday off, but I can leave right after work and get there late Friday night.

I am in as well. I will most likely fly down on Friday night (7 PM flight from DCA to Charlotte, if anyone wants to coordinate transport on the other end).