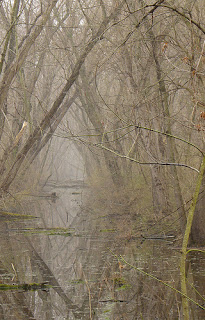 I know I am posting this super early, but I want to make sure people mark it on their calendars.

On Sunday, February 10, I (plus Reaves has committed) plan to run from Sycamore Landing to the Old Anglers Inn along the C&O Canal. The distance is 15 miles from mile markers 27 down to 12. There are at least 8 of us training for a spring marathon (Boston) who want to run btwn 2:30 and 2:35 and I want to get a solid pack together for a marathon-pace run. The goal would be to start out as if we were running our marathon and continue to run even splits for 15 miles at 5:5X pace (we can determine the "X" later). At 15 miles we simply "walk off" feeling fresh, fine and longing for more. We can add a cooldown of sorts after if needed.

It'd be sweet to get a solid pack and stay packed up for the duration. We don't want any heroes jetting away at mile 7. It's too easy to do that and part of the workout is geared towards staying on pace and keeping cool. Right now I know of the following who are aiming to run 2:30 low at Boston: Me, Murphy, Reaves, Dwyer, Chris Baine, PACER Brian Baille (Frederick), Max...and maybe Matias (?). Any others? That would be a solid pack of guys if we could get a commitment. I did this about a year ago and it was a huge confidence booster. I throw this out to the marathoners specifically, but others are welcome too. But again, this isn't a race.

Logistics - everyone would meet at Old Anglers at a certain time then pile into two cars. Those cars would park at Sycamore and we'd all run south. Then one guy could drive the owners of the two cars back up to the original spot.

I'm in, but I may want to toss out a slightly different idea. I was talking briefly to Raabe about some of his training and he was doing a 15 mile tempo with 2 miles on, and then a rest mile. I would like to find out more specifics, like: 1) are the "ons" at MP or faster? 2) what are the "offs" like? 3) at what stage of his training does he do this (perhaps he would say a straight 15 mile at tempo 6-8 weeks from race date would be wiser and that these 2 on-1 off are wiser 10-15 weeks out.)

I know doing the 12 mile tempos last year was a huge mental boost... but I also know the wheels came off for me too soon

i like the on/offs idea. I went from not running to running a 2:33 marathon doing these with Wilson and Chris, on the canal. These are very hard and taxing but will pay off during the big M.

Back in old days, Wilson would come out with a sweat suit in 90 degree heat. Raabe would be there and he was even more stealth than now. Cooke would be out as was this guy Garth Terry and Hugh Owen and other random souls. We would do a 2.5 mile warm up and then 15x 3 on and 1 off, 2 on and 1 off and 1 on and 1 off. Guys would be strung out along the canal by the end and more or less in a state of near death. anyway, we all got much stronger.

I'm in for whatever everyone decides. I should be in shape for at least the 15 miler by the 10th, and maybe the other workout depending on pace. I'm not too worried about burning out before Boston but I can understand some of your concerns. You guys have a lot more experience with marathon training than I do, so I'll just show up on the 10th and try to hang on to whatever pace you go!

Jason - let us know what else you find out from Raabe re: his workout idea. I am fine amending the workout, though I would like to do my specific workout at some point. I did this same workout last January (marathon was in June) and it wasn't bad on my legs. It was a big mental boost "hey, I can do this!" and it didn't beat me up too bad.

I am certainly no expert but I am not sure a 15 mile run at 5:50-55 pace so far out from the marathon helps for the marathon. I am sure we can all do this though some will tire faster than others, etc. Clearly everyone's body responds to different workouts differently.

When I was training my best, I worked up to a long tempo run at marathon pace by doing longer fartlek runs before. The fartlek runs established power, recovery and the ability to surge and sustain with a weary set of legs. I did multiple sets of these fartleks of 15-18 miles and then, did two weekends of 20 mile 6minute pace tempo runs with Philippe Rolly. After the long fartlek runs, the long marathon runs were a piece of cake. I just want to get my legs really strong before doing a long tempo.

I am in for whatever. I share the concerns of others that on/off might be a better idea, but its not likely to make so much of a difference that far out. Might be good practice running together as a group and trusting the "group pace", in case we decide to run the race that way.

At first I thought Jason's workout read 2 MINUTES on, 1 off. Just keeping track of that would require an MBA in math.

I'm in. This will be a good test of fitness. Thanks for planning ahead with this Jake!