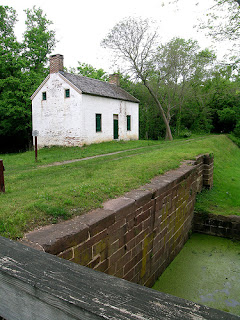 Saturday - GRC Store 9:00am...standard group run. I am going to run at least 10. I am up for any route, but would prefer not an out/back along Canal. Any suggestions?

Sunday - I am running in upper Montgomery County along the Canal at a place called Edwards Ferry. Some of you have been here before...
http://www.mapmyrun.com/run/united-states/md/poolesville/374930829
The route is 10 miles...and I'm planning to run it twice...easy for a total of 20. Others can run 10 or I can give them suggestions for something btwn 10 and 20. It's very pretty, quiet and bucolic. I am simply looking to get the distance in as I've been running 18 mile long run for the past 3 weeks. It's all on dirt trails & roads. I am meeting at 10am. If you want a ride from my place in North Bethesda let me know. I am right on the metro redline. If you plan to drive yourself, please try and arrive at 9:45am since this place can be difficult to find.

Let me know if you're interested.
PHOTO - EDWARDS FERRY
Posted by KLIM at 11:56 AM

I am in Boston this weekend and will be doing a long run with the Greater Boston Track club along the ocean on the North Shore. There might gusty winds along the coast so it could be an interesting one. Other than that, the Edwards Ferry run looks like fun. Wish I could join. Maybe another weekend?

Here's a suggestion for Saturday--a 10 mile run leaving from Georgetown: http://www.mapmyrun.com/run/united-states/dc/washington/178161653
The down sides are there are some major street crossings, a fair amount of pavement, and it's easy to get off course if you're unfamiliar with the trails. But on the positive, it goes through the coolest trails in DC. Basically the loop is from Georgetown, up Glover Archibald Park, over to Rock Creek Park, and back down to Georgetown.

That looks like a dope loop, yo. I'm down. Will you be there to guide?

While I'm also going to be out of town this weekend, the route Chris suggested is a good one. The street crossings generally aren't bad unless you're doing it during rush hour times. You could also do the loop in reverse if you want to run up the huge hill to Conn Ave...

jake, you'll recognize the run... I've done it with you.

I'll be there, and we can do it in reverse if people prefer.

I'll be there Sunday.

I'll be out Sunday as well, but can't make it Saturday.

Any of you guys need a ride on Sunday? Google Map et al can be a little misleading. I am sorta on the way...

I may try to get there early on Sunday and put in 6-7 miles before 10am. Then I'll only do the first loop with everyone and head out (have to get to the office). If anyone is interested in joining me let me know.

While you are waiting, you could run south along the canal for 3 and then back.

Our loop, at 10am, will be going north on the canal.

Mr. Baine - will you be there on Sunday?

Is the Sunday loop a run you would classify as safe for women (alone)? If so, could you give me directions to the location? I'd like to find some new places to run.

Jennifer - I would say it's very safe, however one never knows in this crazy world. It's a great place to run. The only people you'll see are likely other runners, bikers and local residents. It's a bit "out there" for strangers to flock to.

Here is an address to the parking lot tomorrow.